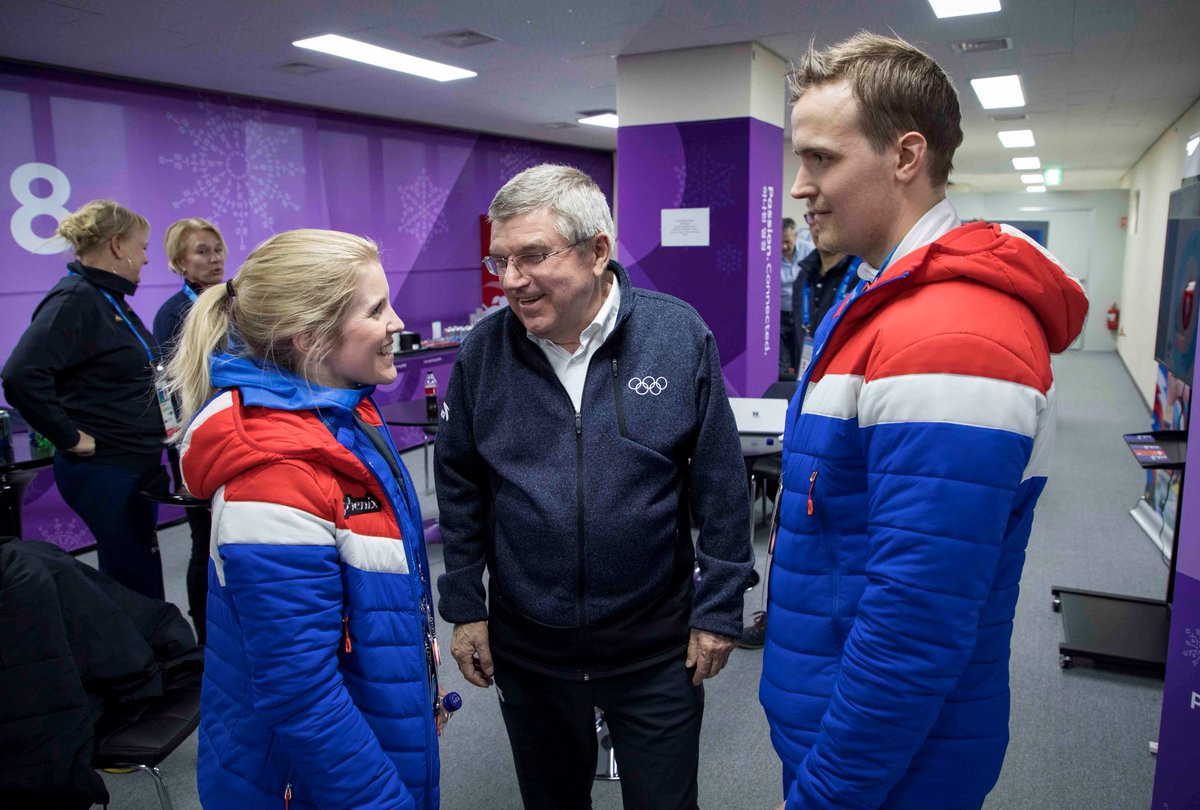 Norway's Kristin Skaslien and Magnus Nedregotten will receive the Olympic mixed doubles curling bronze medals stripped from the Olympic Athletes from Russia (OAR) after Aleksandr Krushelnitckii was found guilty of a doping offence at a special ceremony tomorrow, it has been announced.

Skaslien and Nedregotten were beaten 8-4 by the OAR pair of Krushelnitckii and his wife Anastasia Bryzgalova in the third-place playoff here last week.

They are due to be reallocated the bronze medal after Krushelnitckii tested positive for banned substance meldonium.

The Court of Arbitration for Sport (CAS) officially stripped the OAR duo of the bronze yesterday because of the positive test, paving the way for it to be given to Skaslien and Nedregotten.

A scheduled appeal to CAS was dropped as Krushelnitckii admitted the offence.

The International Olympic Committee said earlier today that they were "confident" a ceremony would be held to present the Norwegian team with the medal before the Closing Ceremony on Sunday (February 25).

It has now been confirmed this will take place at the medals plaza near to the Pyeongchang Olympic Stadium tomorrow night.

Skaslien and Nedregotten, who had returned to Norway following their playoff, have subsequently flown back to South Korea to collect the bronze medal.

Earlier this week, Nedregotten called for a new medal ceremony to be staged if Krushelnitckii was found guilty.

The Norwegian claimed they had been "robbed of their moment of glory" and said the preferred option was for them to receive the medal at some point during the Games here.

It is widely believed that the Russian athlete's case was dropped as part of a deal for Russia to march under their own flag at the Closing Ceremony.

Krushelnitckii, a 25-year-old from Saint Petersburg, has claimed he tested positive for meldonium after his drink was spiked during a training camp in Japan before he travelled to South Korea.

Medals are rarely reallocated at the Games where the positive test occurs and it can often take months or years for those cheated out of a podium finish to be officially recognised.

The IOC is still in the process of awarding medals from Olympic Games as far back as Beijing 2008 following retrospective testing.