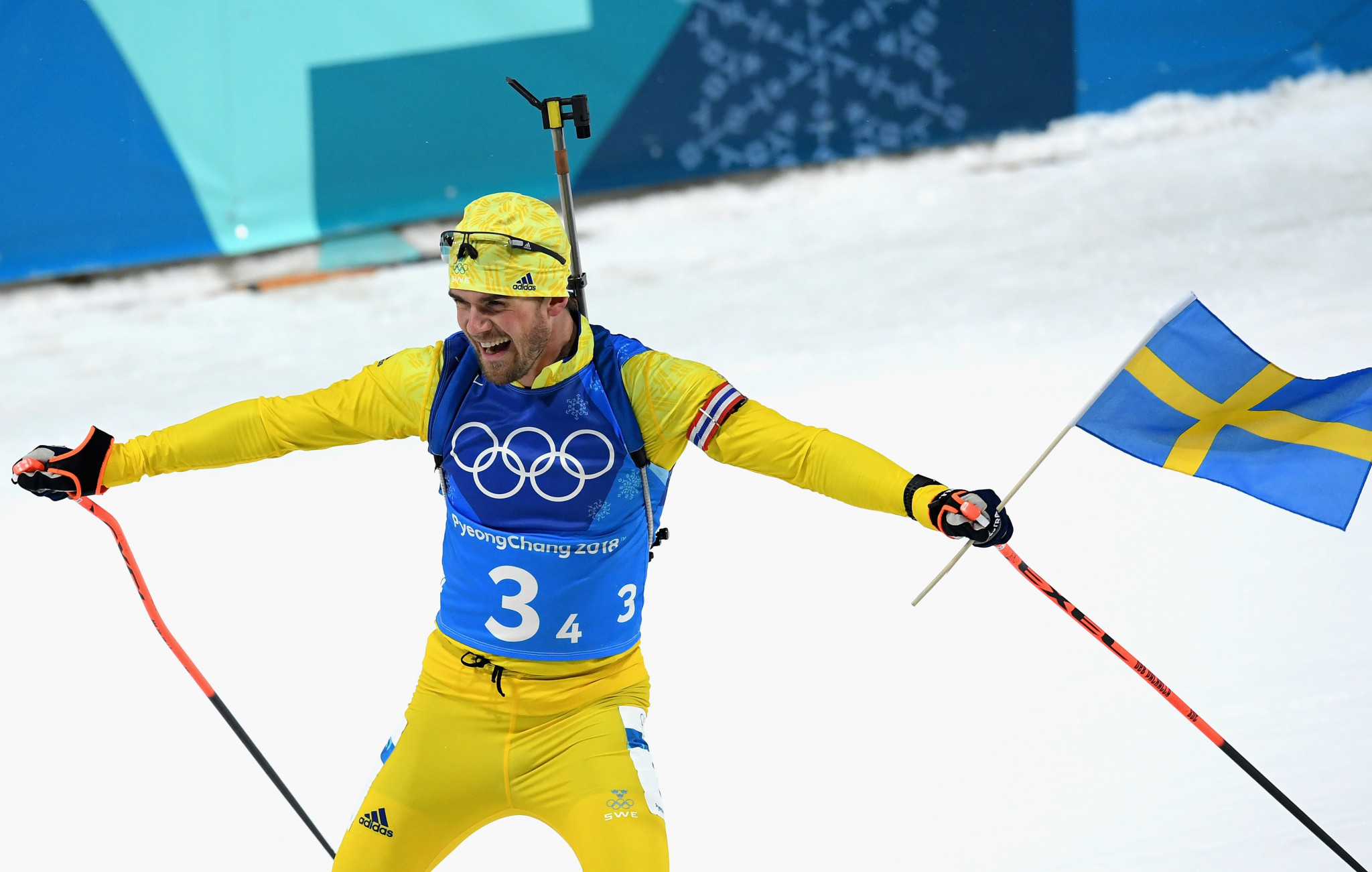 Fredrik Lindström anchored Sweden to a surprise victory in the men's 4x7.5 kilometres relay as the country secured their maiden Winter Olympic Games gold medal in the event at Pyeongchang 2018 today.

Lindström moved ahead of Norway's Emil Hegle Svendsen just before the prone shooting stage on the fourth and final leg and held on to clinch a superb win in an overall time of 1 hour 15min 16.5sec at the Alpensia Biathlon Centre.

The Swedish team, which also included Peppe Femling, Jesper Nelin and pursuit silver medallist Sebastian Samuelsson, had never topped the podium in an Olympic relay event before but ended that record in style.

They finished a full 55.5 seconds in front of Norway, whose line-up featured Svendsen, Johannes Thingnes Bø, Tarjei Bø and Lars Helge Birkland.

Benedikt Doll, Erik Lesser, Arnd Peiffer and Simon Schempp of Germany, considered among the pre-race favourites, started well but faded as the race went on and had to settle for bronze, two minutes adrift of the victorious Swedish quartet.

A disastrous start from the French team effectively ended their hopes of a podium result and denied Martin Fourcade the chance to add to his individual haul of three gold medals at Pyeongchang 2018.

"I think it means a lot it is the first medal for the men's relay team in biathlon for Sweden and of course we are really satisfied," said Samuelsson.

"Everyone did four good races today and we're super happy."

The event brought the biathlon programme at the Winter Olympic Games here to a close.