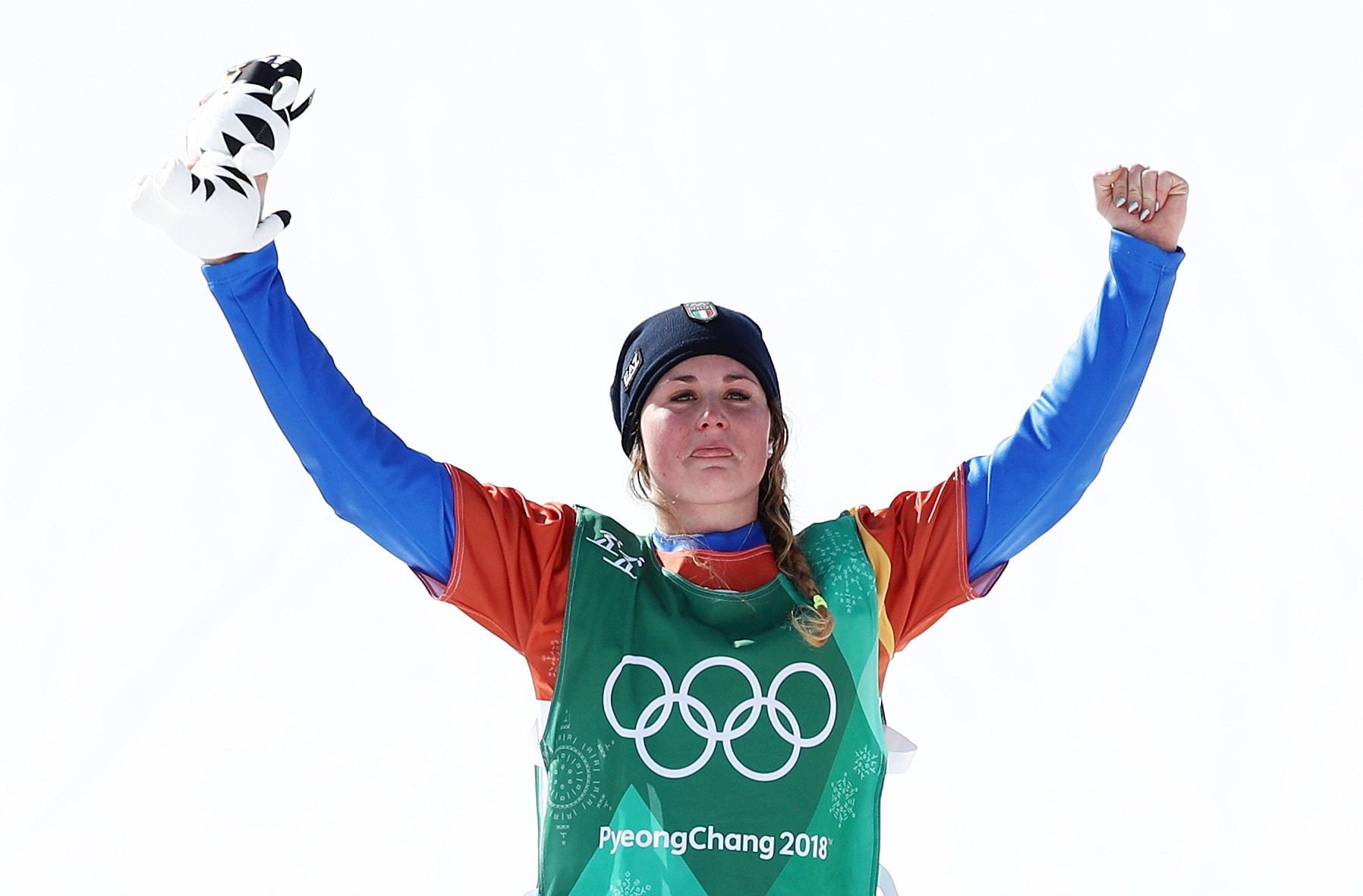 All six athletes were in contention for much of what was a thrilling big final but Moioli pulled away late on to triumph.

French teenager Julia Pereira de Sousa Mabileau won the silver medal, while defending champion Eva Samková of the Czech Republic had to settle for bronze on his occasion.

"I have no words," 22-year-old Moioli, the winner of Italy's second gold medal at Pyeongchang 2018, said.

"It is the best day of my life, really.

"No words, I started to cry when I crossed the finish line and I’ll cry again maybe.

"I just want to say thank you to all the people who helped me through this long trip from the last Olympics.

"Really, thank to you my family, to my team, to my friends."

The United States’ Lindsey Jacobellis, who famously fell near the finish line to miss out on Olympic gold at Turin 2006, came fourth.

"Fourth place is fourth place in the Olympics," the 32-year-old, competing in her fourth Games, said.

"It's the same girls I race against constantly, so the fact that I'm still in the mix with these girls that are significantly younger than me is not really something to shake my head at.

"It is what it is and I made the finals, which is something I haven't done since 2006.

"So I was pretty excited about that."

Snowboard medal action at Pyeongchang 2018 is due to resume next Friday (February 23).

The women’s big air final is scheduled to be held.