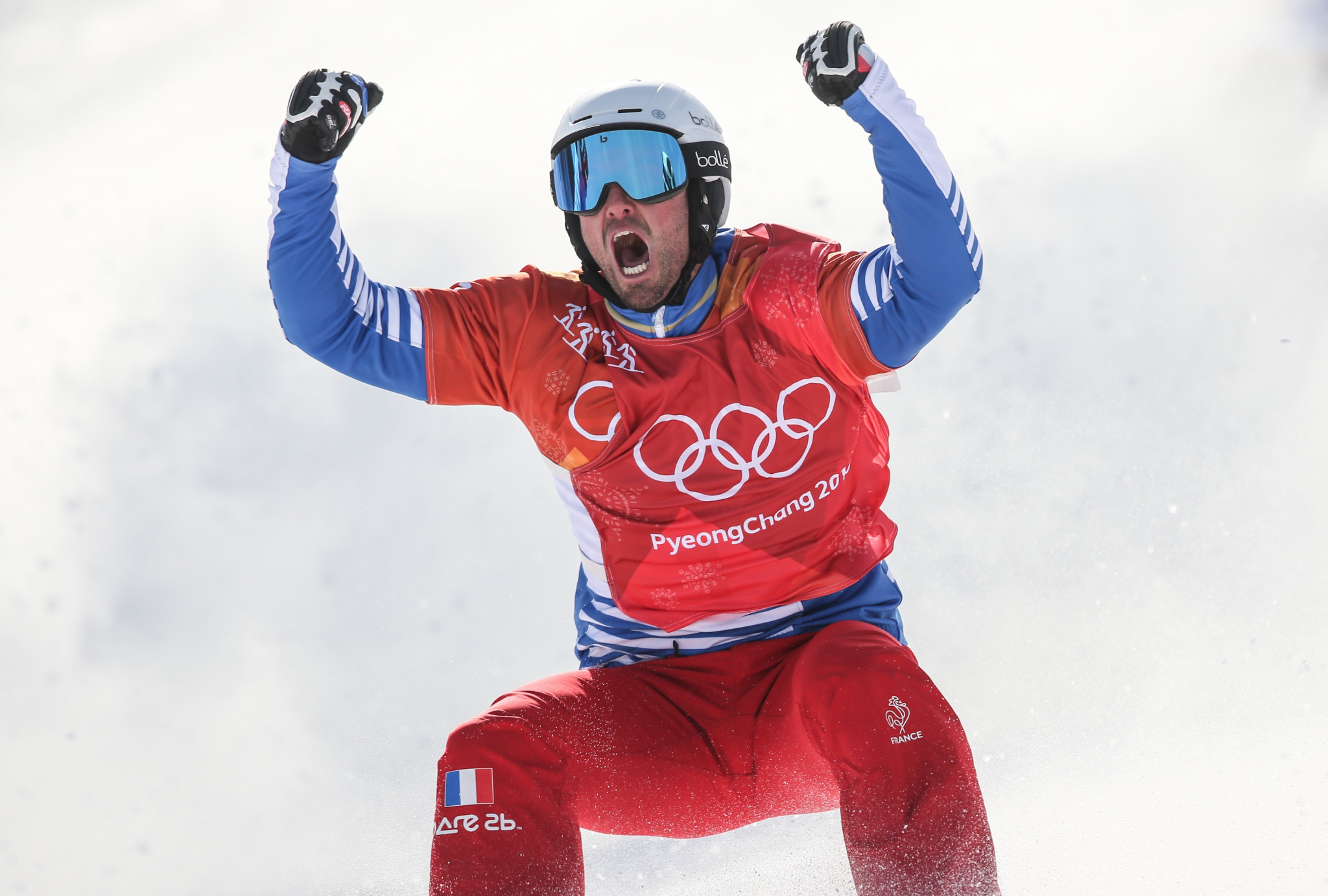 France’s Pierre Vaultier successfully defended his men’s snowboard cross Olympic title after coming out on top on a challenging day at Pyeongchang 2018.

The 30-year-old crossed the line in the big final ahead of Australia’s Jarryd Hughes and Spain’s Regino Hernández.

A late surge swung the final in the world champion’s favour as he caught and passed Hughes to claim victory at Phoenix Park.

He joins the United States' Seth Wescott, who triumphed at Turin 2006 and Vancouver 2010, the first two editions of the event on the Olympic programme.

"The first one was incredible," Vaultier said.

"I came back from injury two months before the Games and I won that gold medal in Sochi.

"I can’t even say why, but this one would mean even more."

Vaultier nearly missed out on a place in the final after tangling with Austria’s Alessandro Haemmerle and Olympic Athlete from Russia’s Nikolay Olyunin in the penultimate round.

All three fell, but Vaultier managed to get back on track first and finish the race in third place to qualify for the final along with the Australian pair of Alex Pullin and Hughes.

Hughes becomes only the second Australian man to win a snowboard medal at the Winter Olympics, following in the footsteps of Scotty James who won bronze in the men's halfpipe yesterday.

Hernandez’s bronze is Spain's third medal at the Winter Olympics.

The last Spaniard to finish on the podium at the Games was Blanca Fernández Ochoa, winner of a bronze medal in the women's slalom at Albertville 1992.

Her brother, Francisco Fernández Ochoa, had won the gold medal in the men's slalom at Sapporo 1972.

German-born Spaniard Johann Mühlegg had claimed three cross-country skiing gold medals for Spain at Salt Lake 2002 before he was stripped of the titles for doping.

The Pyeongchang 2018 women’s snowboard cross event is due to take place tomorrow.