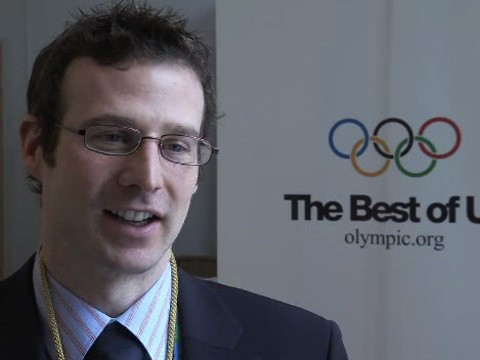 British International Olympic Committee (IOC) member Adam Pengilly has apologised and expressed his regret after being asked to leave Pyeongchang and travel home after an incident with a security guard during the Winter Olympic Games.

Pengilly was accused of injuring a guard following an altercation when leaving the Olympic Family hotel this morning.

He has been advised to travel home by the IOC.

The 40-year-old has denied reports in South Korea that he physically assaulted the guard, dragged him along the floor or shouted abusively about the host nation.

He had attempted to enter the bus corridor rather than the pedestrian walkway.

"I tried to walk past a security guard when he told me to go the other way," the Briton told insidethegames here.

"He blocked my path, came close to me, and asked to see my accreditation.

"I showed it and, when he came even closer to me, I asked to see his manager.

"He wouldn't take me to his manager and asked to take a photograph of my accreditation.

"This went on for 30 seconds or so, and then I ran past him.

"I heard him shout 'stop' but didn't turn around or look back.

"I have since heard that he fell over and has evidently suffered scratches, but I did not hear him fall or shout out.

"At no point did I touch him and, although I have been told that footage makes it look as if I pushed him, this was not the case and, if anything, he was coming towards me.

Pengilly added: "This was my mistake and my error and I am sorry - I should have turned around and gone the other way and I also apologise for swearing.

"I am sorry to the security guard.

"I have spoken about IOC members being held to a higher standard and I have let myself and others down.

"But, to reiterate, some are saying there was a fight or a scuffle - this was incorrect."

The IOC said that they wish to "apologise for the behaviour of one of its members, and feels extremely sorry for the incident caused by Mr Adam Pengilly".

The Yonhap press agency have reported that local organisers have called on the IOC to offer an apology separately to the one offered by Pengilly.

"Following an interview with the IOC Ethics and Compliance officer he will leave the Olympic Games and South Korea with immediate effect," the IOC added in a statement.

"We would like to once again thank all the authorities and the police who are doing an excellent job and deserve all our thanks.

"Mr Pengilly has expressed his apologies to the security man involved.

"His mandate as an IOC member will expire on the 25th February."

Pengilly, a two-time skeleton Olympian who won a World Championships silver medal in 2009, joined the IOC Athletes' Commission the following year at the Vancouver Winter Olympics.

He has since gained a reputation as one of the most principled IOC members and was the only one to vote against when asked to back the IOC Executive Board's response to the Russian doping scandal in 2016.

He also abstained from another message of support at last week's Session here.

Pengilly is also a World Anti-Doping Agency Foundation Board member and a vice-president of the International Bobsleigh and Skeleton Federation.