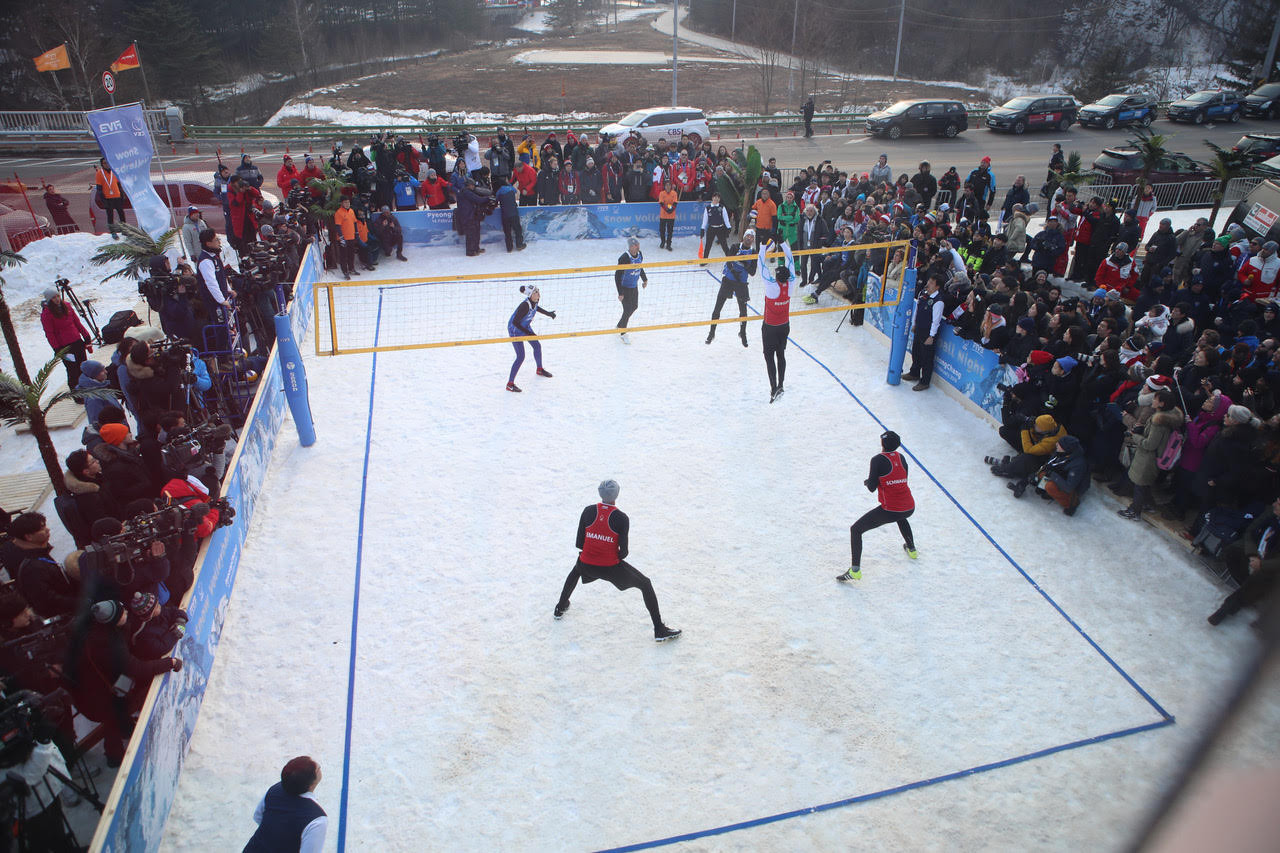 Gaining a place on the Winter Olympic programme is only a very long-term objective for snow volleyball, it has been claimed, following an exhibition here today featuring Brazilian legend Giba.

Officials instead insist to be focused on getting more people playing volleyball and raising the profile of the winter version of the sport.

Giba, a three-time Olympic finallist for Brazil in indoor volleyball who won gold at Athens 2004, was among those who featured along with Serbia's Vladimir Grbic, China's Chen Xue, South Korea's Kim Yeon-koung and fellow Brazilian, Emanuel.

Players wore several layers more clothing than on the sand and were less inclined to dive on a surface which became harder and icier as competition progressed but it was otherwise very similar to beach volleyball.

Prince Albert of Monaco was among a large group of International Olympic Committee (IOC) members present.

A European Tour has taken place since 2015 and the inaugural European Volleyball Confederation (CEV) Snow Volleyball Championships are scheduled to take place in Wagrain-Kleinarl and Flachau in Austria next month.

"Snow Volleyball underlines the universality of the sport of volleyball, which is now accessible all year round, from the summer to the winter, from the beach to the mountains, indoor and outdoor," said Serbia's CEV President Aleksandar Boričić afterwards.

"The International Volleyball Federation (FIVB) and CEV work closely together with innovation being the key factor in all of our activities and efforts.

"The FIVB and CEV vision is to offer opportunities to enjoy volleyball in all its forms so that we can unite people in a peaceful environment, with the goal of being the number one family sport in the world."

There is no chance of the discipline being added for Beijing 2022 given how the IOC have already confirmed that no new sports have been proposed.

Any future inclusion also seems unlikely given how the existing Winter Federations would fiercely challenge an attempt from a summer sport to join the programme.

The IOC are also reluctant to add new sports given how they are trying to cut the size of the Games.

It was pointed out that beach volleyball also grew from a similarly small-level position, though.

"It is not our first priority to add snow volleyball to the Olympic programme," added Austrian Olympic Committee President and IOC member Karl Stoss, who was among those promoting the event.

"It is more important to promote the sport for the young people so that next to skating, sliding, skiing, they have another opportunity to do something with their family, friends.

"It will certainly grow and if it grows, maybe one day it could feature on the Olympic programme."

A total of 17 European Federations are hosting a snow volleyball national championship this winter while the 2018 edition of the European Tour includes six stops in four countries.