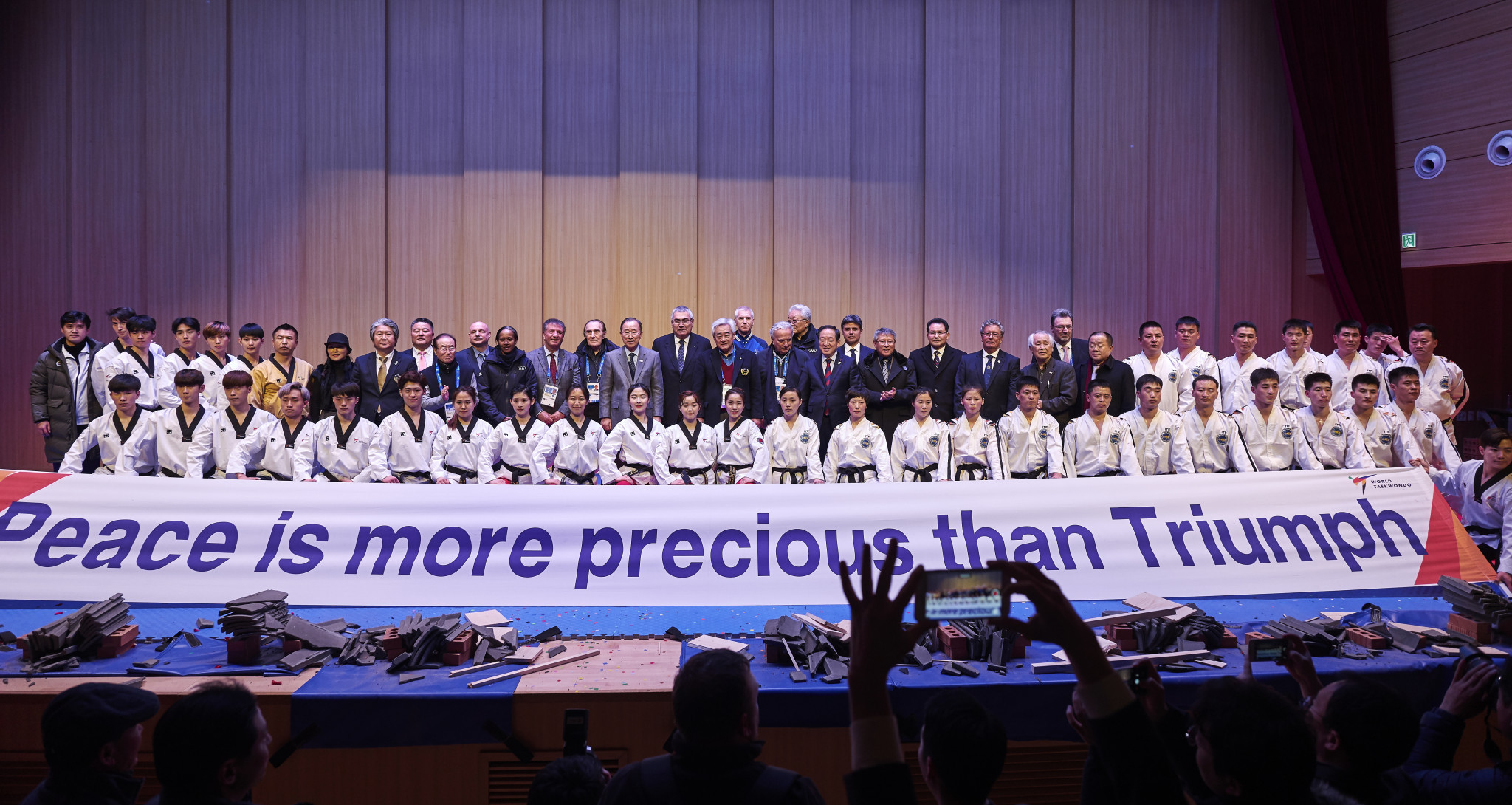 The event, which arose from the Winter Olympic participation deal negotiated at the Demilitarized Zone (DMZ) last month, featured displays by a team from South Korea representing World Taekwondo and one from North Korea wearing the colours of the International Taekwondo Federation (ITF).

World Taekwondo is based in Seoul and runs the Olympic version of the sport .

The ITF headquarters are located in Vienna but was founded in North Korea and its President Ri Yong-son is from there.

Both teams performed for 25 minutes each before briefly joining together as one.

They were cheered wildly by a crowd which appeared loudest for the North Korean performance, although none of the spectators wore national symbols representing either side.

"We are now witnessing how powerful sports can be to promote peace and conciliation and friendship,” former United Nations Secretary General Ban Ki-moon, who spoke before the demonstration began, said.

"Let us promote mutual conciliation and harmony through the power of sport."

World Taekwondo’s performances focused around choreography and the use of synchronised moves performed to music.

The ITF favoured a series of mock fights, many of which consisted of female players defeating larger male opponents.

It ended with a somewhat bizarre section in which three topless male performers were repeatedly hit with long poles before demonstrating their prowess by fighting-off the aggressors.

Both performances were also filled with segments where players kicked, punched or even headbutted their way through thick block of wood and slabs of concrete.

The exhibition, which followed a similar one before the Opening Ceremony of Pyeongchang 2018, took place within striking distance of the Demilitarized Zone in a city which formed part of North Korea between 1945 and 1953.

The border then moved following the ceasefire which ended the Korean War.

A Memorandum of Understanding was signed between the two previously rival organisations at the 2014 Summer Youth Olympic Games in Nanjing.

Two further performances are due to given in Seoul next week.

They were joined by Denmark's Poul Erik Høyer and France's Jean-Christophe Rolland, Presidents of the Badminton World Federation and International Rowing Federation.

"This is a significant by the taekwondo family to the Olympic message of peace and friendship," said Erdener in an opening address delivered on behalf of absent IOC President Thomas Bach.

"Yesterday, the whole witnessed the two Koreas entering the Olympic Stadium as one.

"Here we are witnessing a similar moment with a joint taekwondo demonstration performance.

"This is a moment where we can see the power of sport to unite peoples and countries."