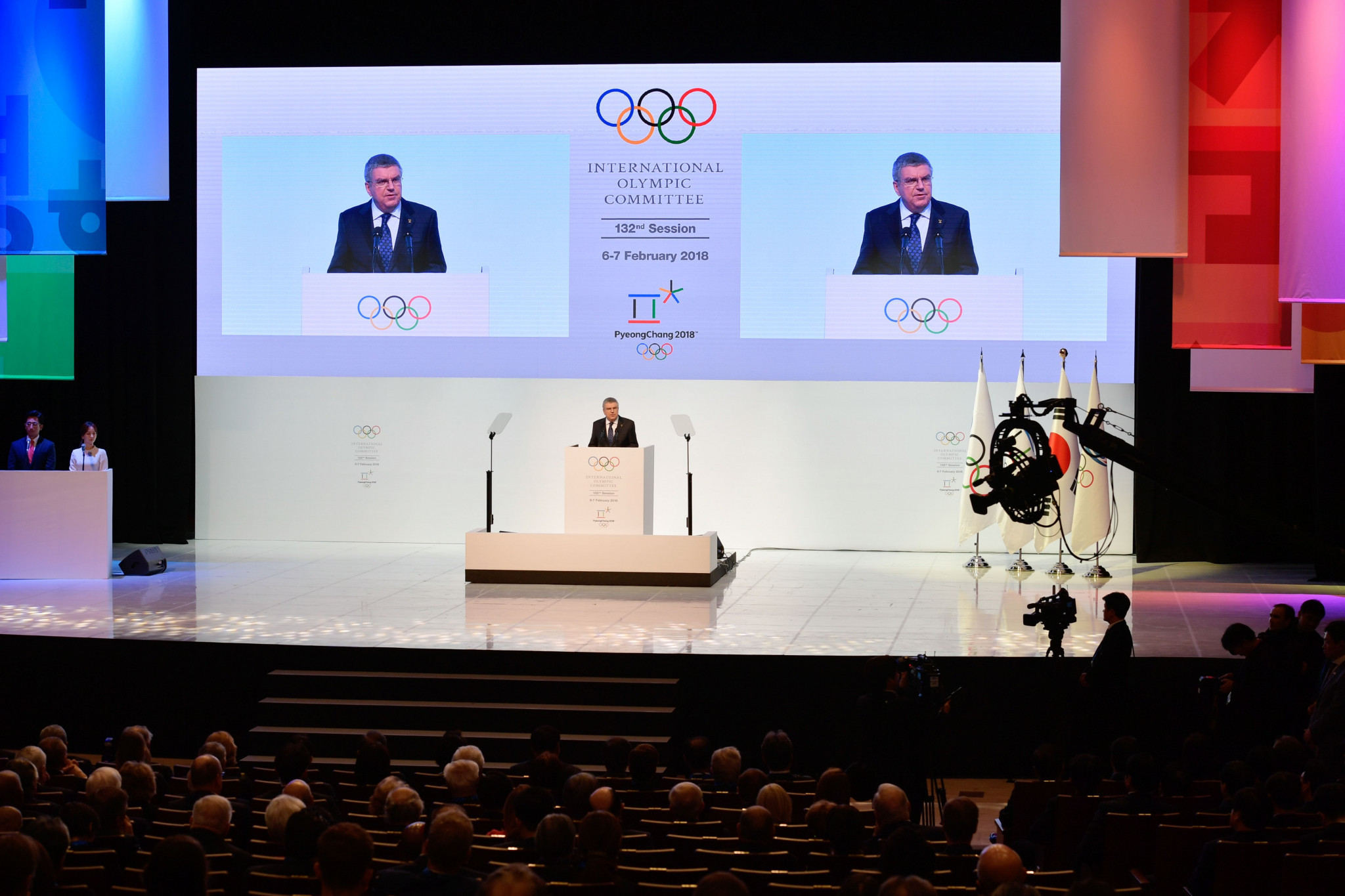 International Olympic Committee (IOC) President Thomas Bach has claimed that Pyeongchang 2018 has "brought real hope" to everybody in the Korean Peninsula by encouraging better relations between North and South.

Speaking at the Opening Ceremony of the IOC Session here tonight, Bach reiterated his thesis about the Olympics being a force for peace while also repeating views uttered at Rio 2016 about the Games changing the lives of local people.

"The Olympic spirit has brought two sides together that for too long were divided by mistrust and animosity," he said in front of an audience that included South Korean President Moon Jae-in.

"The Olympic spirit has brought real hope for a brighter future for everyone on the Korean Peninsula.

"The Olympic spirit has brought us all together in mutual respect and understanding."

Bach conceded that the Olympics will not solve Korean political problems but claimed they create an opportunity for a wider breakthrough.

"This initiative gives all parties the chance to reflect on what the future could look like, if we were all guided by this Olympic spirit," he told the audience.

"But Korea’s journey does not end here.

"The political tensions will not disappear overnight.

"Sport cannot create peace, but the Olympic Games can open the way with powerful symbols."

A 22-strong team from North Korea is participating here and will march alongside South Korea under the Unification flag at the Opening Ceremony.

This will include 12 athletes competing in a unified Korean women's ice hockey team.

This has not been an overwhelmingly popular move, though, provoking a petition in South Korea for people against the idea to sign.

Bach also insisted today that he was never worried about the success of South Korean organisers despite concerns last year over political and security matters.

"In all the conversations we had, the Olympic Winter Games Pyeongchang 2018 were never put in doubt," he said.

"On the contrary, we could always feel support.

"All the leaders gave us confidence in the Games, which allowed us to proceed with the preparations.

"Despite the sometimes worrying political circumstances, we were always standing at the side of our Korean hosts, and never talked of a Plan B."

Moon also hailed the success of sport diplomacy when he spoke after Bach.

"Just about a month or two before, many countries worried about the safety of the Pyeongchang Olympics," the President said.

"And to many, North Korea's participation in the Pyeongchang Olympics and the South and the North forming a single team to make peaceful Olympics had often been considered impossible.

"But the concern has disappeared and our imagination has become reality.

"The number of North Korean athletes will also be the largest in the history of Winter Olympic Games."

The speeches were followed by a series of cultural performances, including from a taekwondo demonstration team.

A two-day IOC Session is due to commence tomorrow.