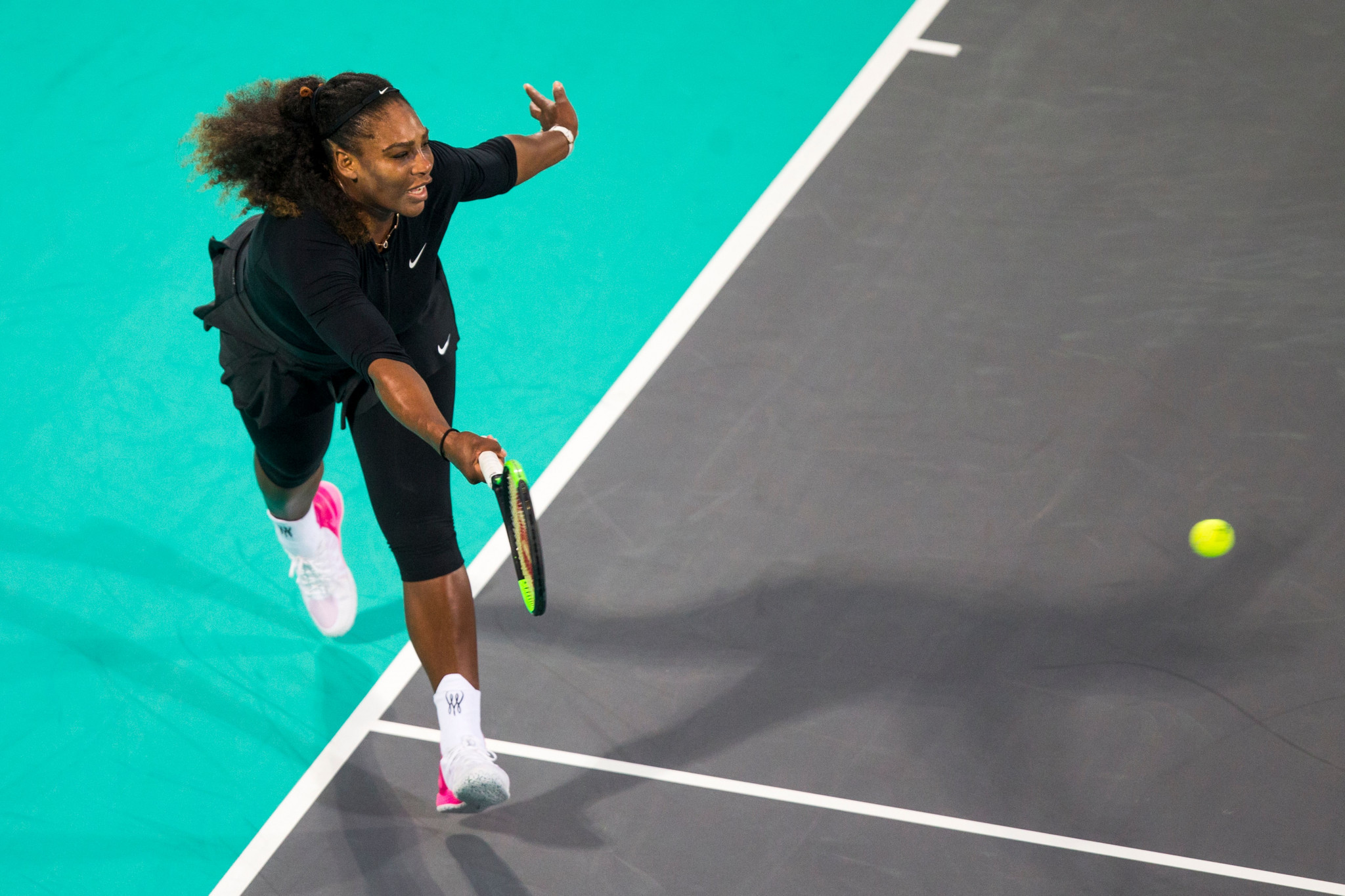 Serena Williams will be "ready to go" when she makes her first tournament appearance since giving birth as part of the United States' defence of the Fed Cup this weekend.

The 36-year-old Williams - who had a daughter, Alexis, on September 1 last year - has not played a Women's Tennis Association (WTA) tournament since she achieved an Open-era record 23rd Grand Slam singles title at the Australian Open in January 2017, skipping defending her title last month due to concerns over her fitness.

But she is due to join her elder sister Venus in the World Group first round tie against The Netherlands on hard courts at Asheville, North Carolina, and team captain Kathy Rinaldi believes she will make a smooth transition back to tournament play.

"She played an exhibition and it's incredible.

'It's a quick turnaround after having her first child.

"She's very professional and she has a lot of pride for playing for her country.

For Williams, this weekend will mark the first time she has competed in a Fed Cup tie since April 2015.

She has a 13-0 singles record and 3-1 doubles record in the competition.

Venus Williams, meanwhile, will be seeking to recover from her first-round loss in Australia.

Coco Vandeweghe and Lauren Davis complete a US line-up that is expected to earn a relatively easy victory over a Dutch team, all of whom are ranked outside the top 100 in the WTA singles rankings.

In other World Group matches this weekend, the Czech Republic will require top performances in Prague from a highly experienced quartet including double Wimbledon champion Petra Kvitova to overcome a strong Swiss team for whom Belinda Bencic, who defeated Venus Williams at the Australian Open, is in excellent form.

Alongside Timea Bacsinsky, the two can take on the best names in the game, and will take advantage of any below-par performances.

The form of the volatile talent Kristina Mladenovic could play a key role in France's fortunes in their home match at La-Roche-sur-Yon against a strong Belgian team that includes Australian Open semi-finalist Elise Mertens.

Last year's finalists Belarus will have their stellar talents, Aryna Sabalenka and Aliaksandra Sasnovich, available for their first round match against Germany in Minsk.

Both players were instrumental in getting Belarus to their first-ever Fed Cup final in 2017, and they will be looking to go one step further this year.

The German team is depleted by the absence of 2016 Australian and US Open winner Angelique Kerber and Julia Goerges.

Meanwhile Australia's team starts its bid to return to the World Group with a match against Ukraine on grass in Canberra.