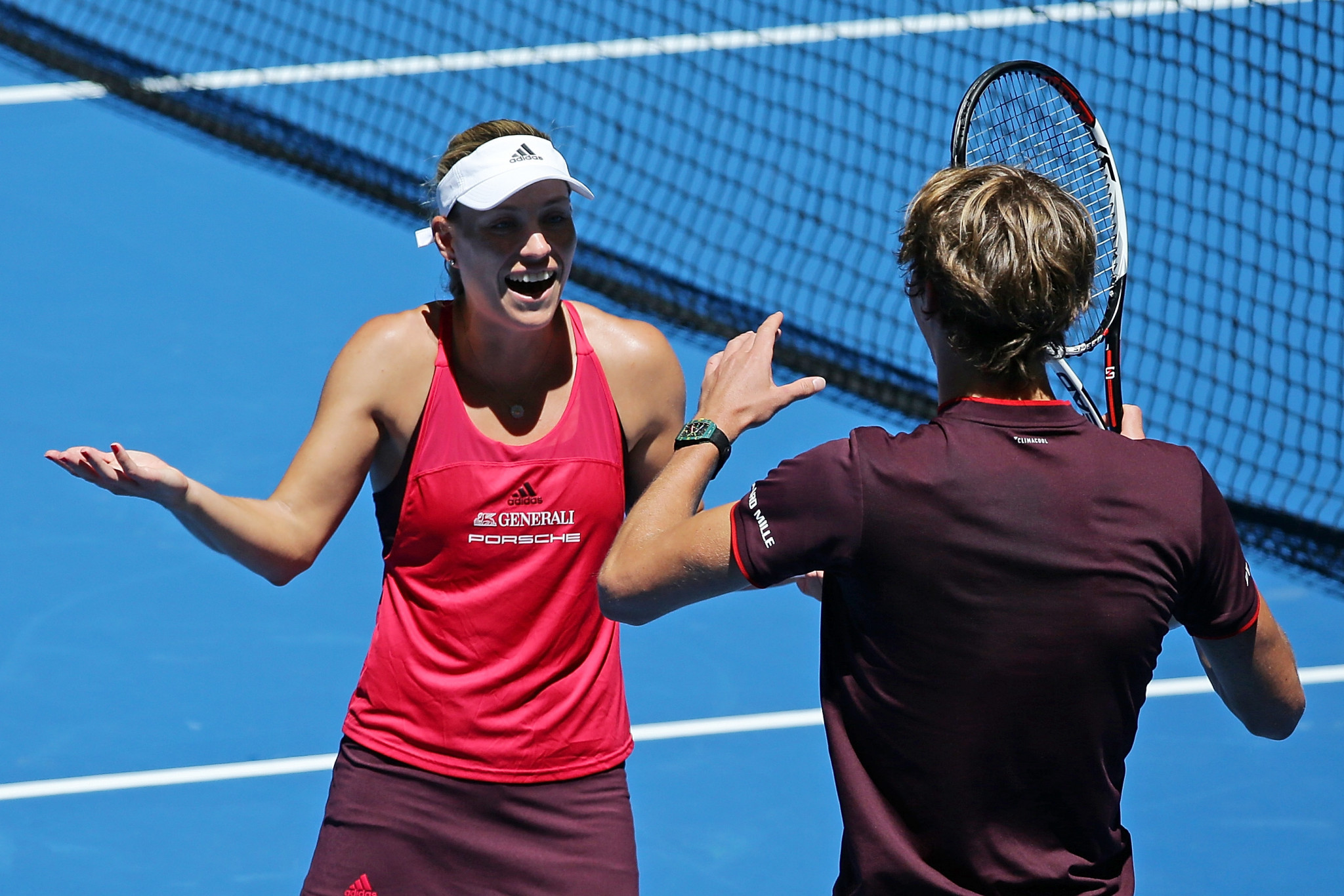 Germany's Alexander Zverev and Angelique Kerber won their respective clashes against their Canadian opponents to make it two wins out of two from their Group A matches so far at the Hopman Cup in Perth.

In the first game of the day, two-time Grand Slam champion Kerber thrashed Canada's Eugenie Bouchard, runner-up at Wimbledon in 2014, 6-1, 6-3.

Bouchard entered the match at the Perth Arena with a 4-2 head-to-head record over her German opponent but Kerber struck 21 winners to claim victory in a confident 57-minute display.

The Canadian went 1-0 up in the first set, but 29-year-old Kerber then went on to win the next six games to clinch the opener.

She then carried this excellent momentum into the second set to go 2-0 up before Bouchard rallied back to make it 3-3.

Eventually, though, the former world number one proved to be too strong, breaking Bouchard's serve to secure the win.

After the match, Kerber said: "I was feeling very good from the very first point.

"I was aggressive and played my game from the first ball.

"It's not easy to play Genie [Bouchard], but I played a good match.

"After such a long break where you are not playing matches, you actually don't know where you are standing when you play a real match.

"So right now, it's feeling better than a week ago."

Zverev followed up Kerber's victory by beating Vasek Pospisil 6-4, 6-2 as Canada fell to a second defeat.

After his victory against the former top-25 player, 20-year-old Zverev said: "I felt much better on court today.

"I served really well and played alright from the baseline, there's still plenty of work left to do."

Belgium also performed well in their Group A match with Goffin and Elise Mertens winning their encounters against Thanasi Kokkinakis and Daria Gavrilova of hosts Australia.

Despite playing some stunning shots, world number 209 Kokkinakis could not overcome world number seven Goffin, who won in straight sets, 6-4, 6-2.

"I'm feeling so well on the court since I arrived here in Australia," said Goffin.

Defending Hobart International champion Mertens, who has never gone beyond the third round of a Grand Slam, managed to come from a set down to beat Gavrilova, who switched allegiance from Russia to Australia in 2015.

The Belgian won 2-6, 6-4, 6-2 as her country recovered from their opening defeat to Germany.

"I started to be more aggressive, stepped up to the baseline and came to the net more," she said.

"I made her play much more defensive, so I'm pretty happy with my game in the end.

"I've worked a lot on my offence.

"Tennis at the top is so aggressive, so direct, that's the style I want to play."

Tomorrow will see Group B matches take place, with Japan meeting Russia in the morning before Switzerland and the United States face each other in the evening match.