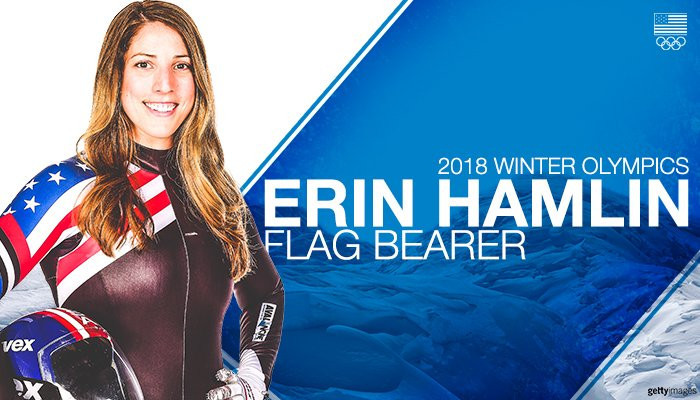 The Sochi 2014 bronze medallist was selected following a vote by fellow members of the American team.

He will become the fourth luger to serve in the US role, and the first since Mark Grimmette at Vancouver 2010.

"Being named to an Olympic team is an amazing accomplishment, and making four teams and winning the bronze medal is so much more than I could I have imagined I would accomplish," the 31-year-old said.

"Now being voted flagbearer is a whole new level.

"Working hard and earning success is one thing, being acknowledged as a great representative and member of Team USA by fellow athletes - many who I have been inspired by - is above and beyond anything I’ve experienced."

Hamlin added: "It is definitely a privilege and honour to be the one to lead the team and will be a very special moment.

"I can’t wait to share it with them all!"

Hamlin was also the 2009 world champion but finished a disappointing 16th at Vancouver 2010.

She also won a single silver and a sprint gold at the 2017 World Championships in Igls.

Nordic combined skier Todd Lodwick was the US Opening Ceremony flagbearer at his sixth Olympic Games at Sochi 2014.