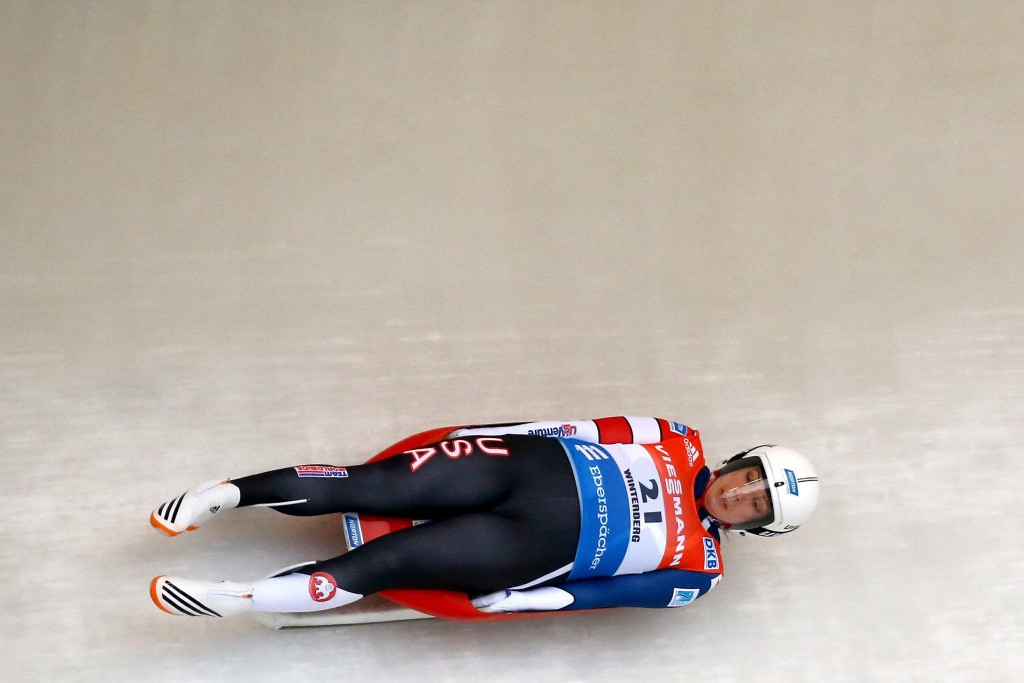 The 29-year-old, who was third at the Sochi 2014 Games, is among a strong A-squad picked by governing body USA Luge.

Hamlin, the world champion in 2009, won the second International Luge Federation (FIL) World Cup event of the 2015-16 season on home ice in Lake Placid, and then followed that with silver medals in Park City and Calgary.

She finished fourth in the overall standings, one place ahead of compatriot Summer Britcher who has also been picked again.

Despite only finishing fifth, twenty-two-year-old Britcher won three World Cup events during the season, the regular and sprint events in Park City and then the sprint event in Canada's 1988 Winter Olympic host Calgary.

The trio of successes was the joint highest number of wins on the circuit all year, tied with Germany's Tatjana Hüfner who was third overall behind Russia's Tatiana Ivanova and another German, the eventual champion Natalie Geisenberger.

On the men's side, two-time Olympian Chris Mazdzer is selected again after winning two World Cup races in 2015-16 among five podium finishes.

He won the home events in Lake Placid and Park City on his way to a career best finish of third overall.

Tucker West, the silver medallist in Lake Placid who also won bronze in Sigulda in Latvia, is also named in the squad after winning the World Under-23 Championship.

The 2016-17 luge schedule has not been confirmed, but the World Championships in Igls, Austria will be the main date on the calendar.

World Cup test events for the Pyeongchang 2018 Winter Olympics will also be held in South Korea.