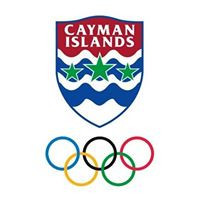 The Cayman Islands Olympic Committee (CIOC) are poised to move into a new headquarters by the end of the month.

Grants from the International Olympic Committee (IOC) and PanAmSports have enabled the organisation to purchase a new facility.

The building is located in the Cayman Business Park in Georgetown.

COIC President Donald McLean has claimed the Olympic House will help the organisation to run more effectively, with the permanent base also aiding national federations.

"It will just make us a better National Olympic Committee.

"We'll have a permanent home.

"We'll have a place where the national federations can have meetings.

"We can also do training programmes and anti-doping courses there."

The COIC has been led by McLean since 2005, with the organisation now having sent teams to 10 Summer Olympic Games, following Rio 2016.

They have also participated at the last two editions of the Winter Olympics but are not due to compete at Pyeongchang 2018.