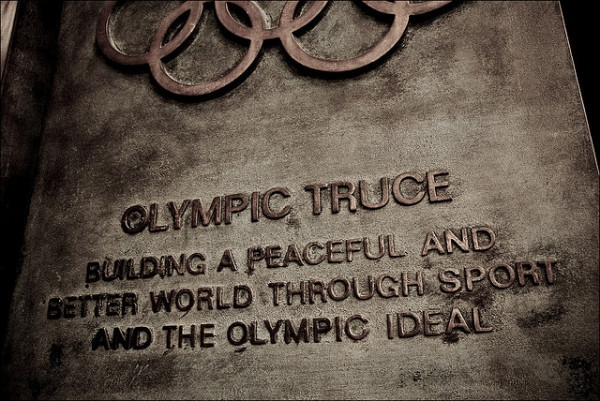 “I solemnly appeal to all Member States to demonstrate their commitment to the Olympic Truce for the 2018 Pyeongchang Olympic and Paralympic Games and to undertake concrete actions at the local, national, regional and world levels to promote and strengthen a culture of peace and harmony based on the spirit of the Truce," Lajčák said.

He also called upon all warring parties of current armed conflicts around the world to "boldly agree to true mutual ceasefires for the duration of the Olympic Truce, thus providing an opportunity to settle disputes peacefully".

The ancient Greek tradition of the ekecheira, or Olympic Truce began in the eighth century B.C., and serves as a hallowed principle of the Olympic Games.

The International Olympic Committee (IOC) renewed this tradition in 1992 by calling upon all nations to observe the Truce.

On November 13 last year, the UN General Assembly adopted a resolution that urges Member States to observe the Truce individually and collectively throughout the period from the seventh day before the start of the Olympics until the seventh day following the end of the Paralympics.

The Winter Olympic Games are due to take place between February 9 and 25 and are followed by the Paralympic Games from March 9 until 18.

The Assembly also expressed its expectation that "Pyeongchang 2018 will be a meaningful opportunity to foster an atmosphere of peace, development, tolerance and understanding on the Korean Peninsula and in Northeast Asia.”

UN Secretary-General António Guterres had already welcomed the decision of North Korea to send a team to Pyeongchang 2018.

There was controversy at the last Winter Olympic and Paralympic Games in Sochi four years ago Russian forces entered Crimea and sparked an international crisis with Ukraine, leading to them being accused of violating the Olympic Truce.