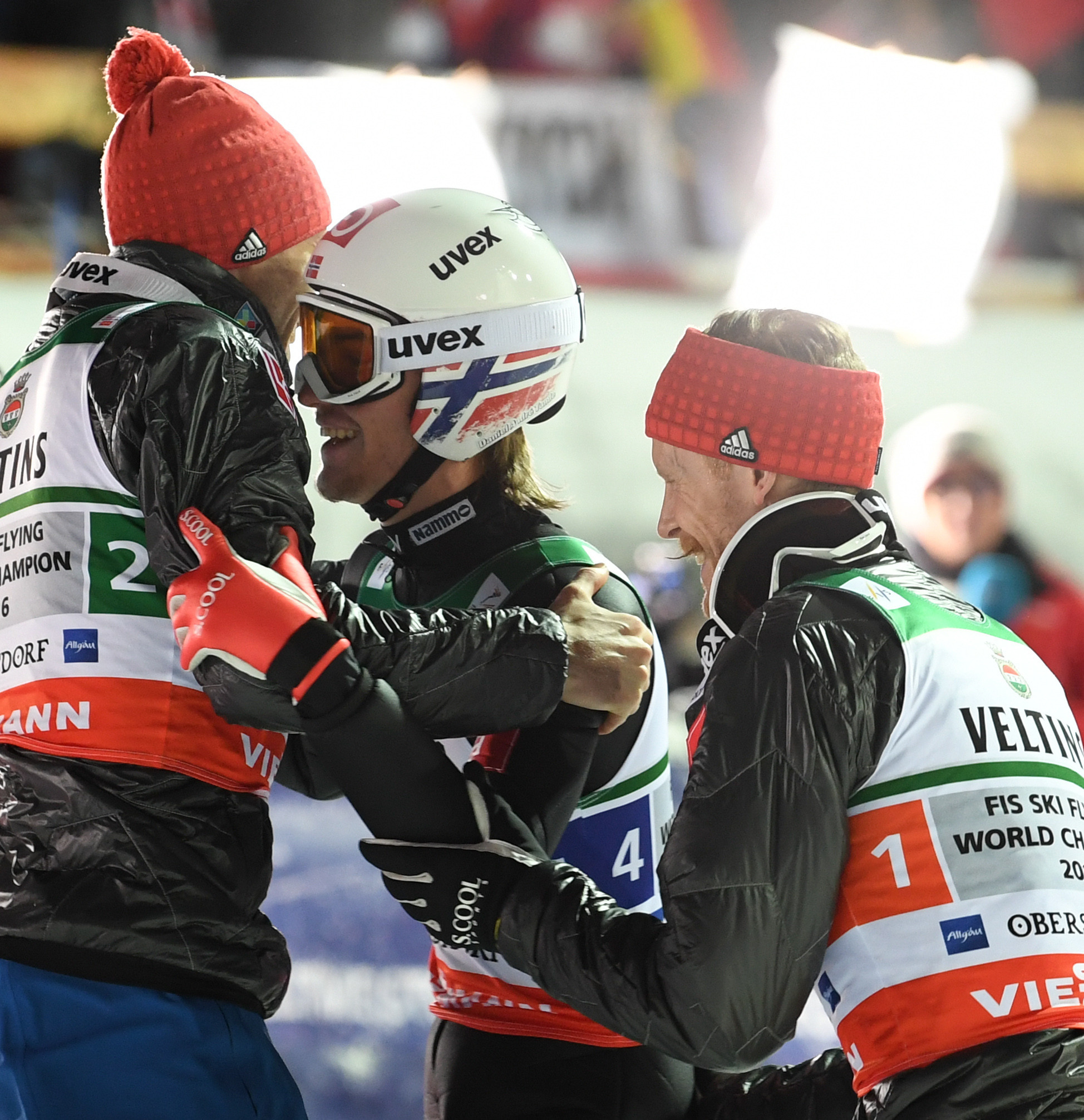 The Norwegian, crowned the ski flying winner in Oberstdorf in Germany last week, has picked up a virus so cannot compete.

According to Norway's team, he is suffering from a gastrointestinal infection.

"He started to feel bad when we arrived at the airport in Oslo on our way home from the Ski Flying World Championships in Oberstdorf," said head coach Alexander Stoeckl to nettavisen.no.

"These things can happen during the course of a long season.

"It's good that it happened to Daniel now and not later during the Olympic Games."

Tande's withdrawal means he cannot renew his rivalry with Kamil Stoch in front of the Pole's home fans.

Stoch had to make do with second in Oberstdorf, but the double Olympic gold medallist from Sochi 2014 leads this year's World Cup standings.

He has 733 points following four victories this term - which came at every leg of the prestigious Four Hills Tournament.

The Polish jumper, a double world champion, is hoping to recapture the World Cup title he won in 2014.

German pair Richard Freitag and Andreas Wellinger are currently his nearest challengers with 711 and 585 points respectively.

Action begins tomorrow in Zakopane with qualification before a team event on Saturday (January 27).

The individual final will be held on Sunday (January 28).

The Women's World Cup season will also continue tomorrow with Norway's Maren Lundby looking to continue her good form in Ljubno in Slovenia.

She has won the last five competitions in a row to top the standings with a commanding 760 points.

Germany's Katharina Althaus is the only other jumper to win a World Cup this season and is due to return to action after missing the last competition in Zao in Japan to train at home instead.

Althaus' compatriot Catrina Vogt, the Olympic champion, also missed Zao and is expected back, with Japan's defending World Cup winner Sara Takanashi another likely to be a threat.

Qualification will take place tomorrow before two individual competitions on Saturday and Sunday.