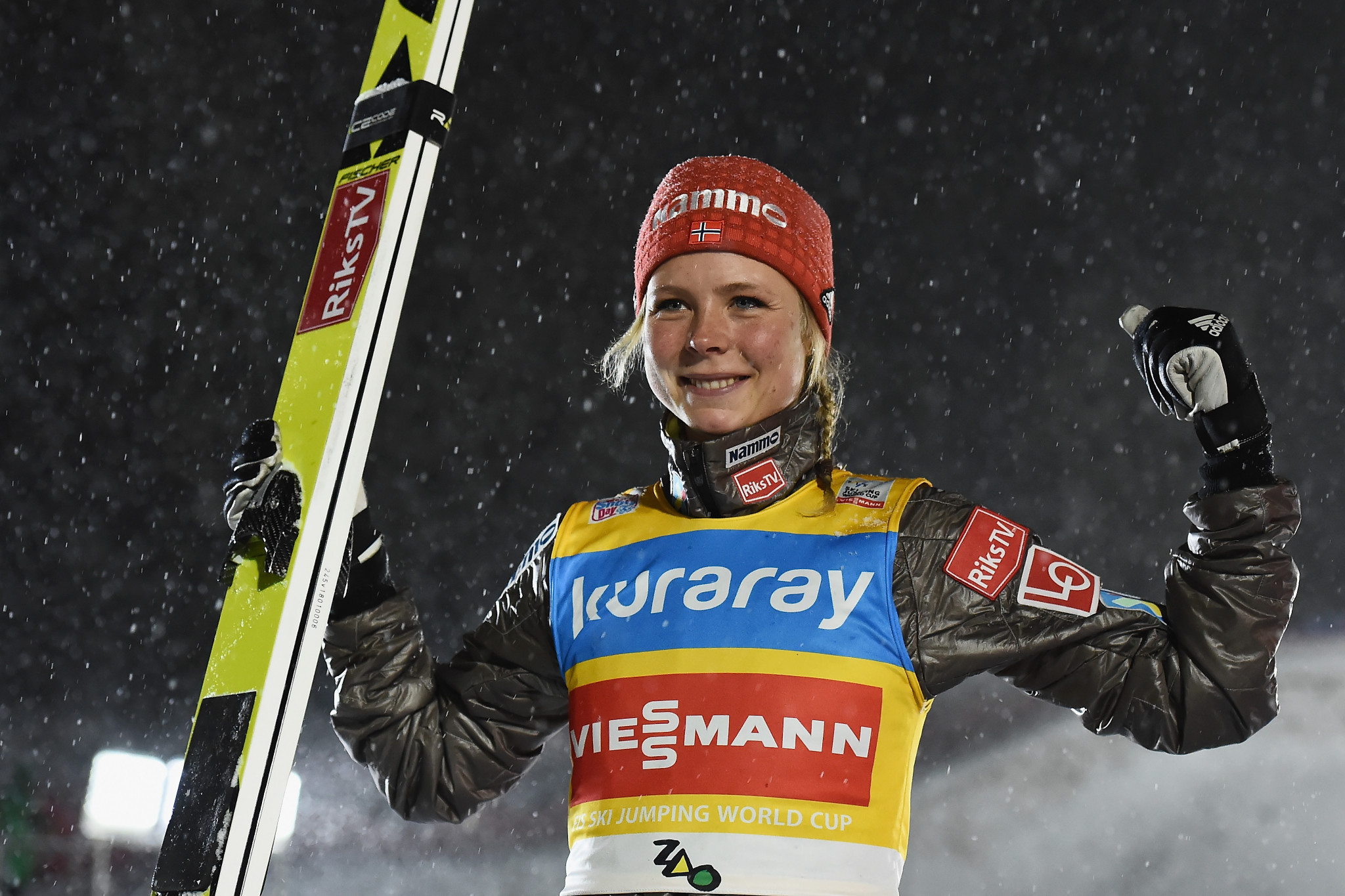 The 23-year-old now leads the rankings by 260 points after being awarded 245.9 points for two excellent jumps at the Japanese venue.

Lundy also recorded the longest jump of the day of101.0 metres.

"It was not easy today, after my first jump I almost fell," said Lundby.

"But I am extremely happy about the results here in Japan.

Two Japanese athletes who completed the podium lineup, Yuki Ito and Sara Takanashi, who were almost inseparable after their two jumps.

Ito, who recorded the best score of the day in yesterday's women’s team event of 105.9m, was awarded 215.7 points for her two efforts with compatriot Takanashi agonisingly close behind on 215.4 points.

The biennial men’s FIS Ski Flying World Championships drew to a close later in the day with more success for Norway as their team took the gold medal in Oberstdorf in Germany thanks to a points total of 1662.2, ensuring they retain the title they won in 2016.

All but one of the eight jumps by the Norwegian team, comprising of Robert Johansson, Andreas Stjernen, Johann André Forfang and Daniel-André Tande, hit the 200-point mark.

Tande recorded the best jump of the day, which measured at 224.0m and was rewarded with 226.4 points.

Slovenia and Poland took their first-ever FIS Ski Flying World Championship medals with silver and bronze finishes respectively thanks to points totals of 1615.8 and 1592.1.

The jumpers are due be back in action next weekend with the male ski jumping athletes heading to Zakopane in Poland and the women competing in Ljubno in Slovenia.