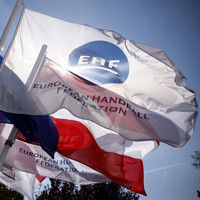 Russia is set to be stripped of its silver medal won at the Women's Under-19 European Handball Championships in Slovenia after three of their players failed drugs tests for meldonium.

The trio have all been banned for 20 months backdated to September 2017, although it was ruled that they had "not intentionally" taken the banned substances.

Under EHF rules, Russia should now be stripped of the medal because they suffered more than two doping violations.

Despite initial confusion, though, the EHF have now said that legal proceedings are still ongoing and a final decision will be made in the "next few months".

Russia took the silver at the tournament last August after losing to France in the final 31-26.

One unspecified player tested positive in the main round for the banned substance and two further players provided positive tests in the final round of the competition.

Denmark had defeated Hungary in the bronze medal match, although it is not clear if the medals will be allocated.

"The fact that the players also admitted the violation promptly was also taken into account.

"It was therefore concluded that there were legitimate grounds to reduce the standard period of ineligibility.

"As a result, all three players will be suspended for a period of 20 months from participating in any handball activities starting from the date of the collection of the samples.

"All results obtained by the players, including the silver medal at the 2017 EHF Women’s EURO 19, are disqualified, the medal from this Championship is thus forfeited."

Meldonium was only prohibited by the World Anti-Doping Agency on January 1 in 2016.

Swimmer Yulia Efimova and tennis superstar Maria Sharapova were among dozens of top Russian and Eastern European stars to fail for the product, a heart medication, which also boosts endurance.

Many, including Sharapova, claimed they were not aware that the product had been banned.

The handball violation, however, came over a year later than the initial flurry of failures, meaning that this excuse could not be used.