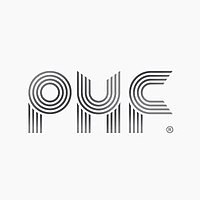 The Pan-American Team Handball Federation (PATHF) has filed an appeal with the International Handball Federation (IHF) Arbitration Commission to have annulled a series of decisions taken with the aim of dividing the continental governing body into two - one for North America and the Caribbean, and another for Central and South America.

The appeal, accessed by Spanish international news agency Agencia EFE, states that the decisions from November’s IHF Congress in Antalya were taken "irregularly" and are "contrary to the bylaws".

PATHF President Mario Moccia says they are against the will of the body’s members.

The Argentine also believes the division would imply that the American continent would no longer have a reserved space among the IHF vice-presidents as only confederations "with at least 23 full members" are guaranteed this.

The PATHF has requested, among other things, that the IHF Arbitration Commission, headed by chairman Velimir Marjanovic, of Serbia, declares null and void the decisions and that the minutes of the meeting are published.

Moccia explains in the appeal that he convened an Extraordinary meeting of the PATHF in October to vote on the proposal.

Twenty-five of 26 members participated with 24 votes against and one abstention.

"America showed, once again, that she was united," Moccia says in the appeal.

Moccia claims the proposed split "can only be debated internally by the continental association itself", according to article 12.3 of the IHF statutes.

A decision to split the Pan American region in two was deferred by the IHF Congress following a vote which saw 102 votes go in favour of the motion, 26 against and 40 abstentions.

Moccia claims this is a measure that can "never" be taken since the IHF statutes indicate that such a decision is at the exclusive discretion of the Congress.

He adds that non-American federations, including Russia or Switzerland, have shown their support for the PATHF along with some "that voted 'yes' to the motion, but did so because they did not have enough information" on its implications.

Hassan Moustafa was re-elected unopposed as President of the IHF at the 2017 Congress, which concluded in bizarre circumstances.

Moustafa has been President of the IHF since 2000, when he succeeded Austria's Erwin Lanc.

Spain's Miguel Roca Mas was initially re-elected as the IHF's first vice-president, but the contest was ultimately re-run.

It followed a delegate claiming that the vote was "not carried out according to the IHF's statutes".

The second vote saw Joel Deplanque, the former President of the French Handball Federation, elected to the position by a 69-63 margin.

Switzerland's Ulrich Rubeli was eliminated during the first round of voting.

There was drama in the vote for the Executive Committee members, with Bogdan Wenta, of Poland, the Czech Republic's Frantisek Taborsky, Romania's Narcisa Lecusanu and Sergey Shishkarev, of Russia, in contention.

Lecuanu was first to be elected with the Romanian securing 110 out of 146 votes.