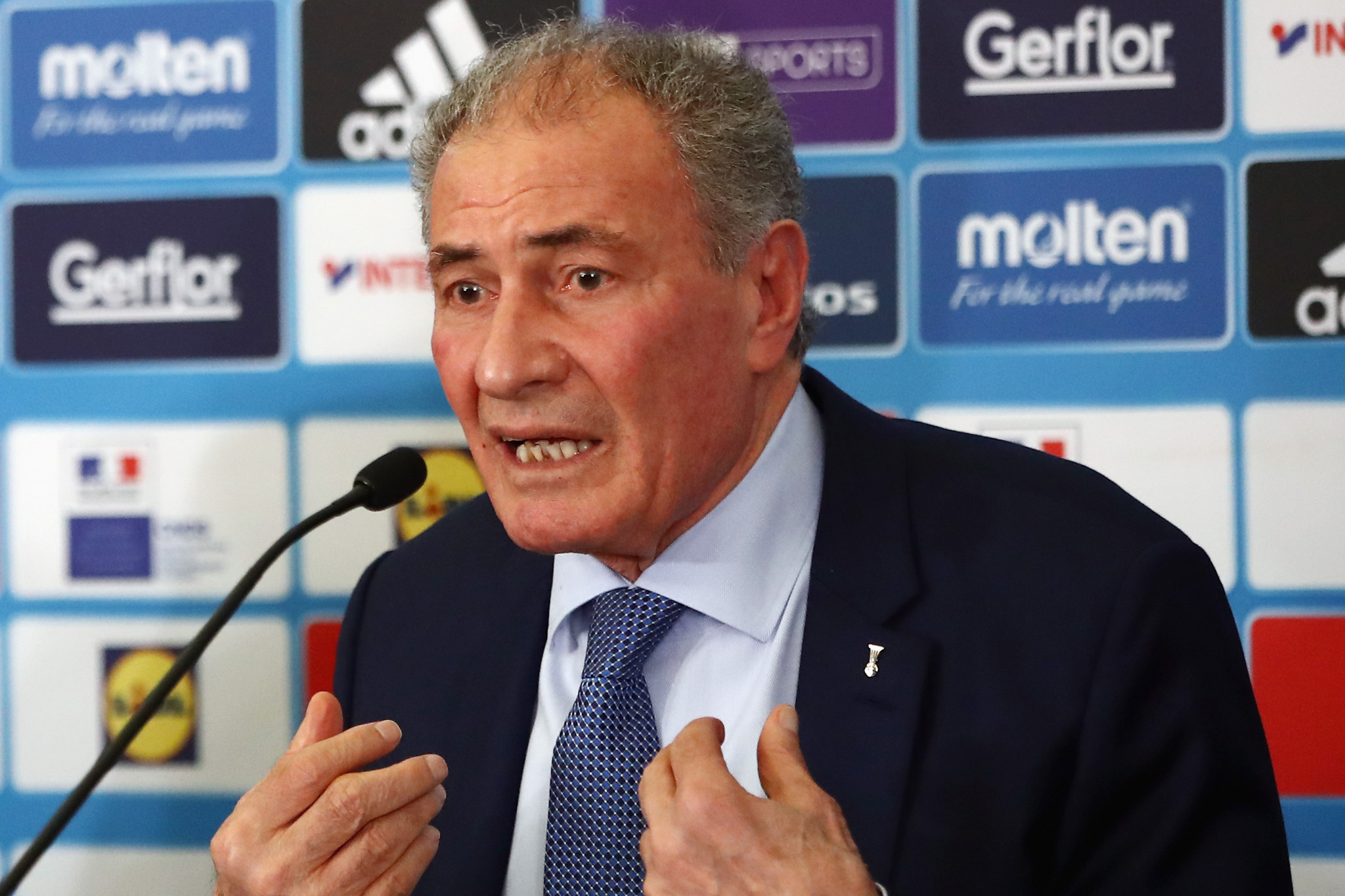 Hassan Moustafa has been re-elected unopposed as President of the International Handball Federation (IHF) as the first day of the organisation's 36th Ordinary Congress concluded in bizarre circumstances in Antalya today.

Moustafa has been President of the IHF since 2000, when he succeeded Austria's Erwin Lanc.

Spain's Miguel Roca Mas was initially re-elected as the IHF's first vice-president, but the contest was ultimately re-run.

It followed a delegate claiming that the vote was "not carried out according to the IHF's statutes".

The second vote saw Joel Deplanque, the former President of the French Handball Federation, elected to the position by a 69-63 margin.

Switzerland's Ulrich Rubeli was eliminated during the first round of voting.

There was drama in the vote for the Executive Committee members, with Bogdan Wenta of Poland, the Czech Republic's Frantisek Taborsky, Romania's Narcisa Lecusanu and Sergey Shishkarev of Russia in contention.

Lecuanu was first to be elected as the Romanian secured 110 out of 146 votes.

Shishkarev protested against the decision in a speech at the conclusion of today's proceedings, where he threatened to go to court and withdraw Russia's bid for the 2019 Congress.

"I will not use this opportunity to argue again about my personal question," Shishkarev said to the Congress.

"It is real legal chaos and with this matter I will just go to court.

"Thank you very much for understanding and I do not want in the end of the conference to lose your time.

"If you understand, in these difficult circumstances and in this very complicated situation, which is closely linked to the director of the IHF office and all the guidance of our respectful IHF group.

"I will have to withdraw our bid."

Sweden's Anna Rapp was confirmed as the organisation's treasurer, which saw the former national team player become the first woman to be elected to the Executive Committee.

According to handbollskanalen.se, a proposal from the Norwegian Handball Federation for men and women to both be represented on IHF Commissions was approved.

A decision to split the Pan American region into two, featuring the North and Caribbean on one side and South and Central America on the other, was deferred.

It is claimed the IHF Council will ultimately make a decision on the future structure of the region.

The Congress formally recognised Fiji as full IHF members, as well as declaring England and Scotland as associate members.

Romania were named as host of the 2020 Under-20 Women's World Championships, while Greece were awarded the 2021 Under-19 men's event.