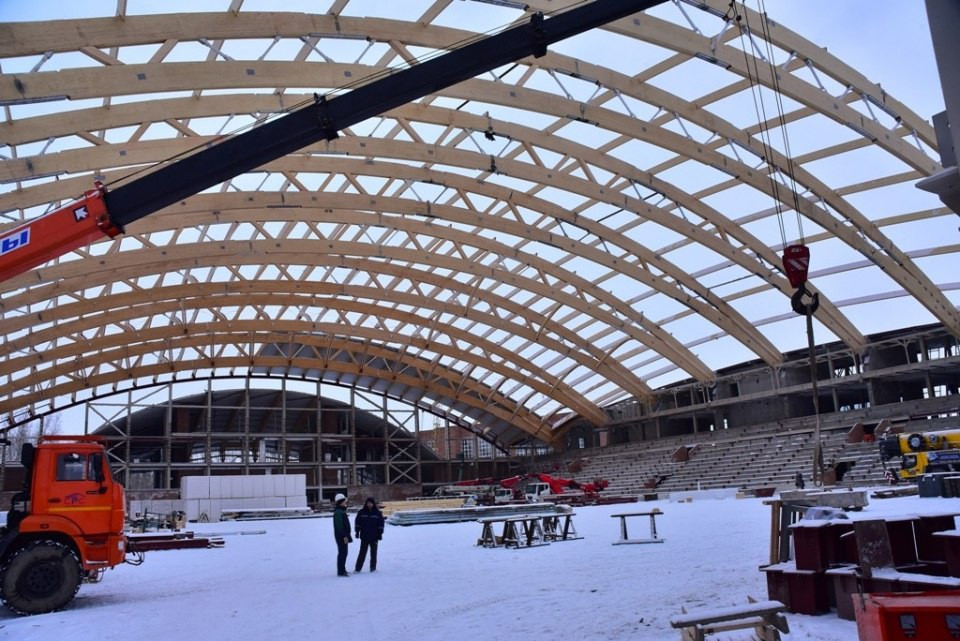 Work has resumed on venues for the 2019 Winter Universiade in Krasnoyarsk following a break for the New Year holidays.

The construction of the halfpipe complex at the Academy of Winter Sports on Nikolayevskaya Sopka, along with the laying down of tracks and power cables and the installation of lighting supports, has restarted by 25 construction workers.

The staff also worked on the multifunctional sports complex "Rainbow", where construction of the external and internal engineering systems continues.

Work on the interior decoration of the building was also carried out in the Russian city.

The Yenisei Stadium saw the continuation of roofing work, brickwork and the glazing of the facade.

The I.S. Yarygin Palace of Sports, named after 1972 and 1976 Olympic wrestling champion Ivan Yarygin, is now in the final stages of construction with the projectors, big screens and a ventilation system currently being installed.

Finally, work is finishing on the eastern stand of the Central Stadium, named after the Soviet Youth Movement, "Lenin's Komsomol".

Adjustments to the lighting system are being made at the Biathlon Academy.

Development work for the 2019 Games will also include improvements of non-sporting infrastructure such as the regional hospital and transport facilities.

Krasnoyarsk is currently hosting a variety of events to celebrate the New Year holidays, including skating sessions and ice sculpting competitions.