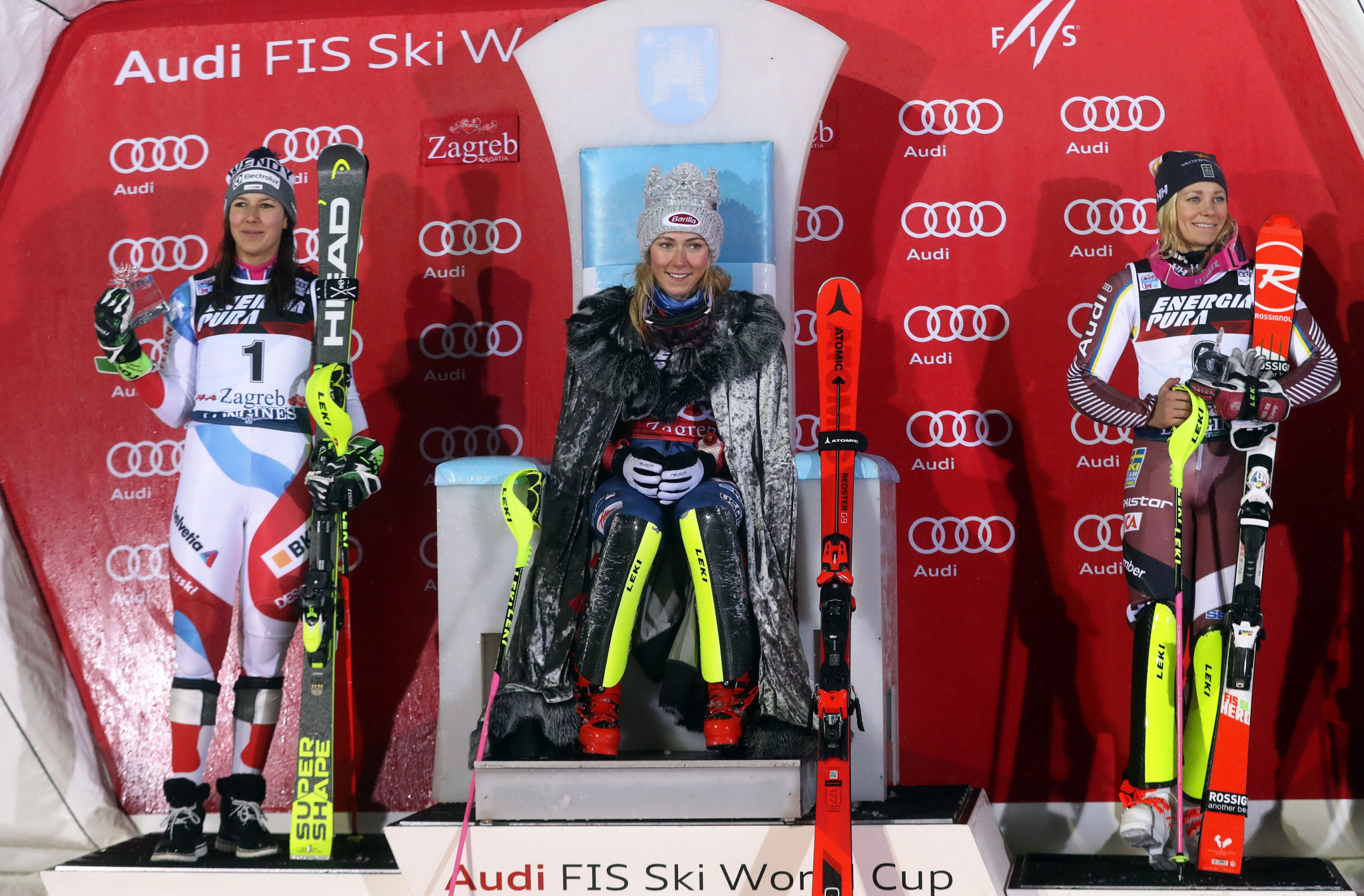 Mikaela Shiffrin of the United States won the Snow Queen Trophy in the ladies' slalom at the International Ski Federation (FIS) Alpine Skiing World Cup event in Zagreb, in front of a 6,000-strong crowd on Sljeme mountain.

Defending overall World Cup champion Shiffrin recorded an overall time of 1min 53.07 secs after two runs to clinch her seventh World Cup gold of the season and 38th overall, making it look even more likely that she will keep hold of her title.

Today's result means the Sochi 2014 Olympic gold medallist has extended her lead at the top of the overall and slalom rankings to 571 points and 185 points over Viktoria Rebensburg of Germany and Slovakia's Petra Vlhová respectively.

The silver medal was taken by Switzerland's Wendy Holdener, her third silver in her last four races, in a time of 1:54.66 with Sweden's Frida Hansdotter claiming the final place on the podium, and her second bronze of the season, thanks to a time of 1:55.18.

Austria's Marcel Hirscher, the Sochi 2014 silver medallist who is seeking a seventh-consecutive overall World Cup title, is the favourite to take the gold.