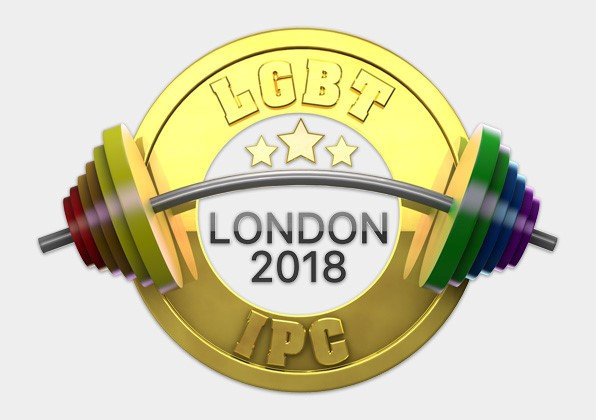 The lesbian, gay, bisexual, and transgender (LGBT) International Powerlifting Championships will see the introduction of an inclusive Mx category for transgender, non-binary and intersex athletes.

The LGBT Championships are open to all regardless of sexuality, health status, HIV status, gender or ability.

Registration is now open with the new optional category available to encourage people from transgender, non-binary and intersex communities to participate in sports.

Organisers, the Union of Lifters, also unanimously agreed at last year's congress to equalise weight classes for all participants.

The LGBT International Powerlifting Championships are an annual event, with an aim of developing LGBT Powerlifting worldwide and increasing participation between now and the 2022 Gay Games.

One of the key aims of the Federation of Gay Games is to reach out to under-represented groups within sports and this year’s event will be the first sporting event in the world to welcome transgender participants with an optional Mx third gender category.

"In 2018 we aim to expand on this by reaching out through to the new LGBT Powerlifting clubs we see emerging around the world.

"We aim to be as inclusive as possible by equalising all weight classes and offering the new third gender Mx category”.

The competition will take part on Saturday July 28, at Bethnal Green Weightlifting Club, which was established in 1926.

Charlotte Wareing, Female Co-President, LGBT Powerlifting Union and seven-time World Champion said: "Issues effecting transgender, non-binary and intersex participants were discussed in detail at our congress in 2017 and we decided as a group to make our event as inclusive and as a safe as possible by offering an optional MX category.

"Athletes from within these communities are very welcome to participate within LGBT IPC without any fear of discrimination”.

"We are aware of new and novice trans, non-binary and intersex lifters are concerned about participating in sports because of lack of understanding and therefore we have decided to offer an optional Mx category at LGBT IPC 2018”.

Participation numbers are expected to grow significantly this year with Team GB and Team USA Powerlifting Workshops and Seminars scheduled to take place in Atlanta, Chicago, London, Blackpool and Birmingham.

The bidding process is already under way for LGBT IPC events in 2019, 2020 and 2021 with expressions of interest received already from Blackpool, Munich, Athens and Hong Kong.

Powerlifting was included in Hong Kong’s successful bid document and the LGBT Powerlifting Union look forward to working with them between now and the 2022 Gay Games.