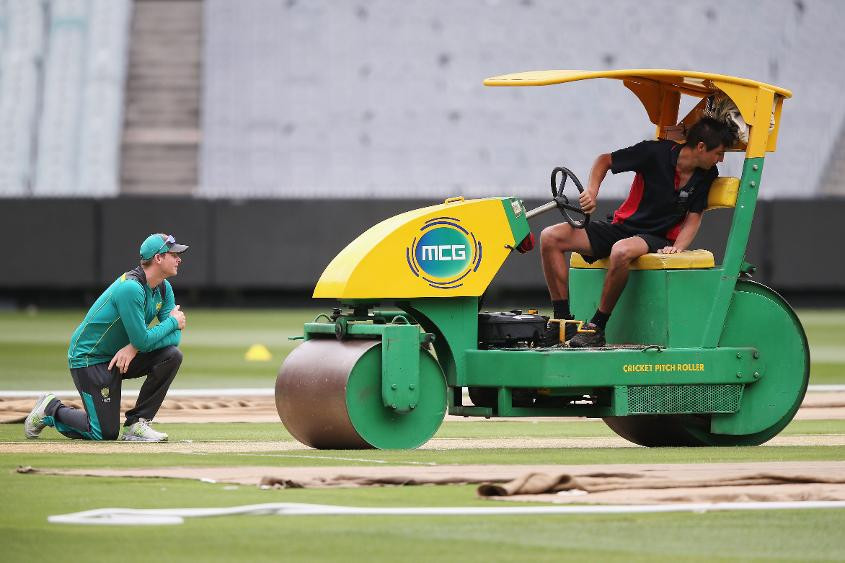 The International Cricket Council (ICC) has rated the pitch used for the fourth Ashes Test between Australia and England at the Melbourne Cricket Ground (MCG) as "poor".

Match referee Ranjan Madugalle said in a report to the ICC that the drop-in pitch at the famous ground did not offer an even contest between bat and ball.

Just 24 wickets fell during the five days of the Boxing Day Test, which ended in a draw.

Australia scored 327 and 263-4 declared either side of England's 491 all out during the Test, which concluded on Saturday (December 30).

The report has been sent to Cricket Australia, who have 14 days to provide a response to the worldwide governing body.

"The bounce of the MCG pitch was medium, but slow in pace and got slower as the match progressed," said Madugalle.

"The nature of the pitch did not change over the five days and there was no natural deterioration.

"As such, the pitch did not allow an even contest between the bat and the ball as it neither favoured the batsmen too much nor it gave the bowlers sufficient opportunity to take wickets."

Australia captain Steve Smith conceded the pitch was the "flattest wicket I have played on".

Smith also claimed the teams could have played for another two days without a result.

The evaluation of the MCG's wicket was the last under the current ICC pitch and monitoring process.

A revised process is due to come into effect on Thursday (January 4).

It will see a venue given demerit points, which will accumulate over a five-year period, if a pitch or outfield is substandard.

A ground will be banned from hosting international cricket for 12 months if it receives five demerit points, while 10 will mean the venue is barred from staging games for two years.