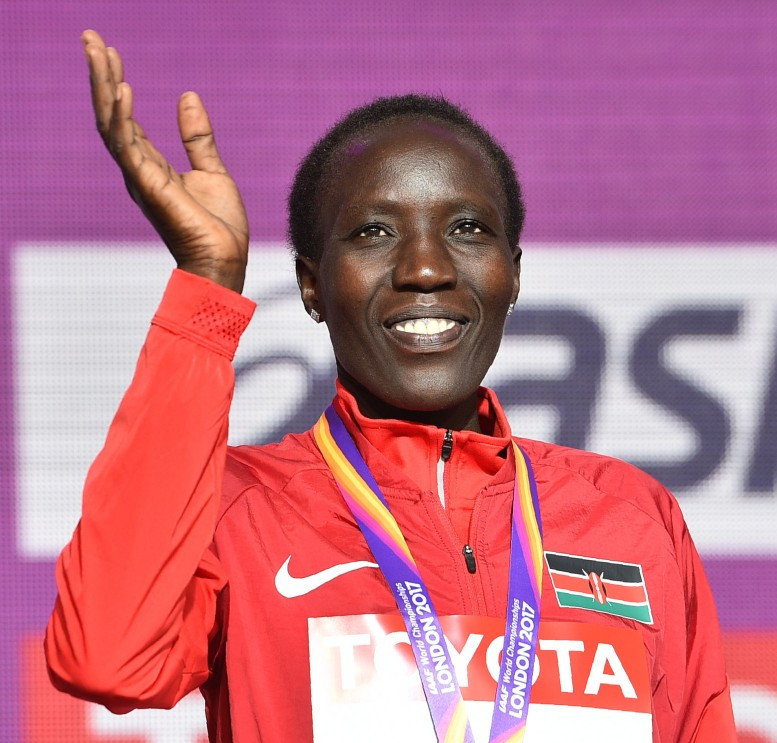 Kenya's Edna Kiplagat has been declared the winner of Series X of the World Marathon Majors (WMM) following the disqualification of Olympic champion Jemima Sumgong.

The Kenyan tested positive last April and has now been banned for four-years.

The World Marathon Majors consists of the annual marathons in Tokyo, Boston, London, Berlin, Chicago and New York City, as well as the Olympic Games and International Association of Athletics Federations World Championships.

"We are delighted that we can now honour her outstanding achievements."

Kiplagat added: "I am very happy and proud to have won the Abbott World Marathon Majors Series X title.

"They say that good things come in threes, and that has been true for me this year.

"At Boston this spring, I was able to win in my third different World Marathon Majors city.

"Then in the summer I was able to win my third World Championship marathon medal.

"I have always wanted to challenge myself at the highest levels of our sport, and these marathons have provided me with that opportunity."