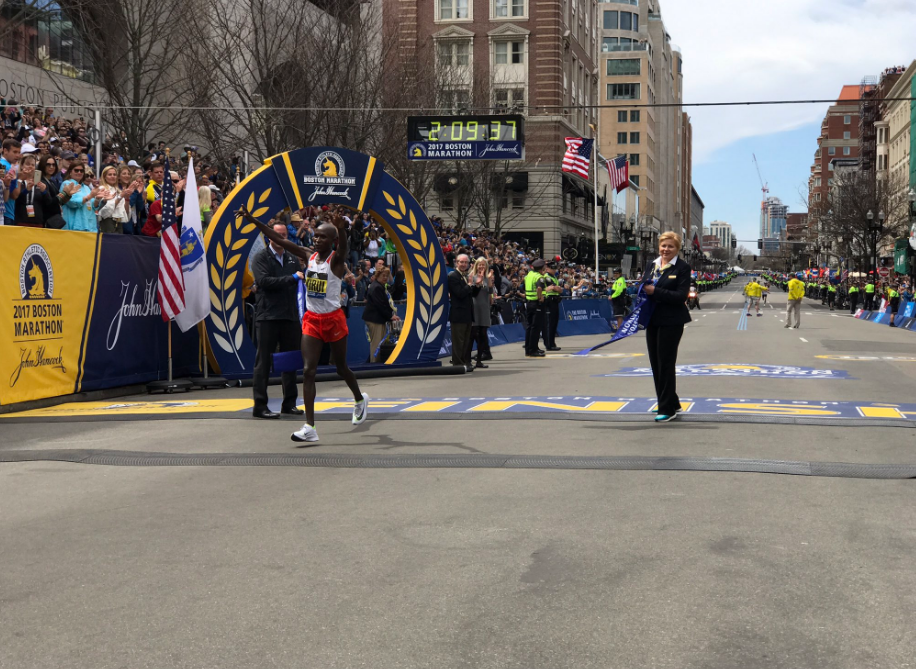 Geoffrey Kirui and Edna Kiplagat completed a Kenyan double today after winning the respective male and female races at the Boston Marathon.

The performance marked a personal best and made him the highest-placed American in the men's race since Meb Keflezighi's win in 2014.

Suguru Osako of Japan finished third in 2:10:28 in an event which forms part of the World Marathon Majors series.

It proved a tough day for Ethiopia's 2016 winner Lemi Berhanu Hayle, who dropped out at around 30km after losing contact with the lead group.

Policewoman Kiplagat produced a superb performance to win the women's race on her debut in 2:21.52.

It added to victories in London, New York City and Los Angeles.

She eventually triumphed by 59 seconds over Kenyan-born Bahraini Rose Chelimo.

"When I was running, my body was feeling good," the winner said.

"I tried to push more, hard and I saw my [rivals] were not picking up the pace."

American Jordan Hasay took a superb third place in 2:23.00 on her marathon debut.

It marked the first time since 1991 that two US women have finished in the top four.

No women's World Marathon Majors winner has yet been named pending the outcome of a doping investigations into series leader Jemima Sumgong.