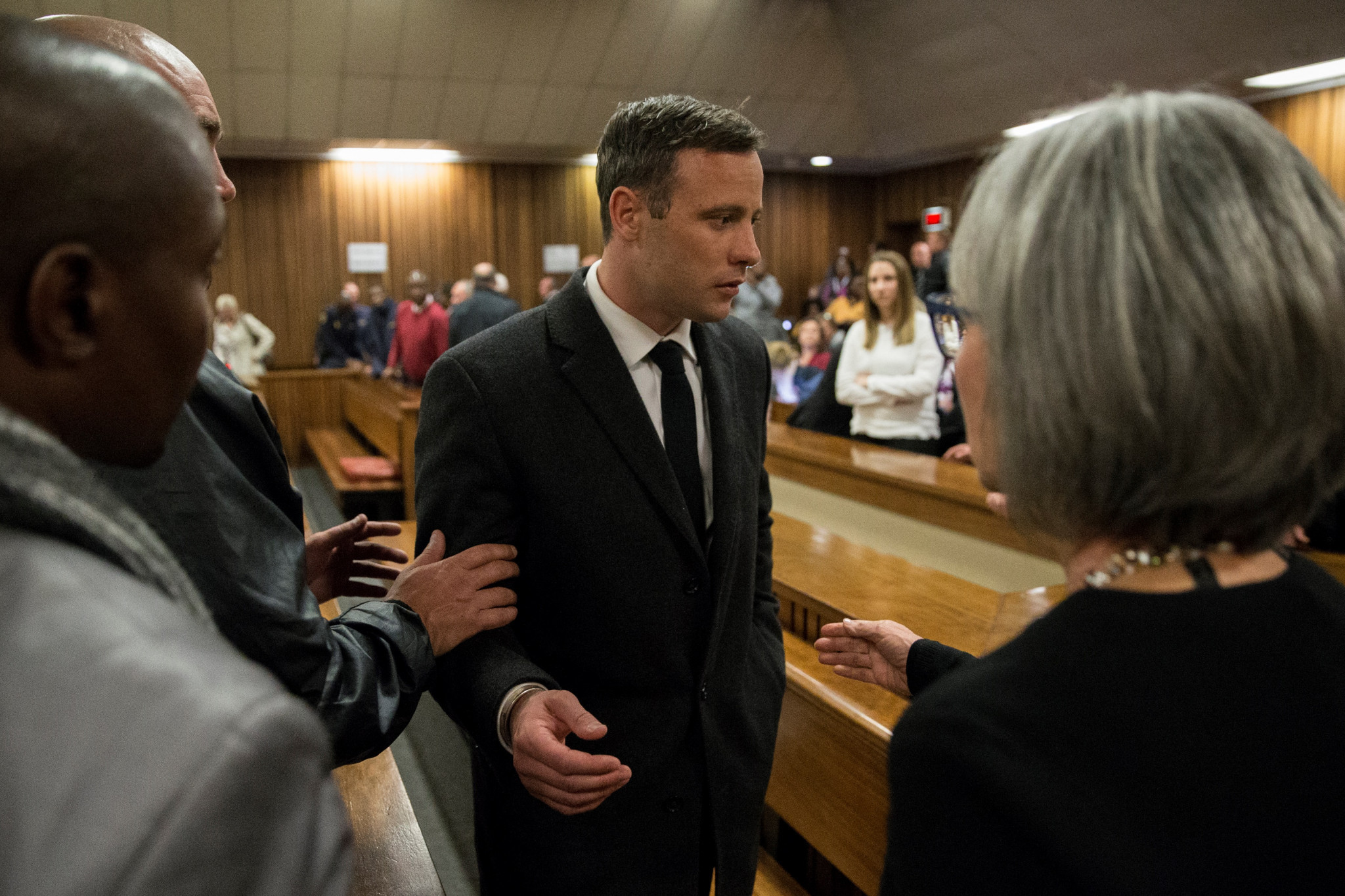 Oscar Pistorius has filed papers to the Constitutional Court in South Africa appealing his increased 13-year sentence for murder imposed by the Supreme Court of Appeal last month.

Pistorius and his legal team are arguing that the Supreme Court breached his right to a fair trial‚ because it "impermissibly disregarded or ignored material factual findings" the Pretoria High Court made.

In papers filed yesterday, quoted by the Times South Africa, it is argued that the Court only had the right to interfere if it concludes‚ on the basis of those facts‚ "that there was still a misdirection sufficient to vitiate the sentence".

“When this occurs‚ the appellate court is exceeding its powers and breaching the rights of an accused to a fair trial," it is claimed.

"The question of the powers of and approach adoptedraises an arguable point of law of general public importance‚ which ought to be considered by this [Constitutional] court."

In November, the Supreme Court of Appeal gave Pistorius the minimum 15 years prescribed for murder in South Africa, not including time already served.

The Paralympian was initially found guilty of manslaughter after he claimed he shot Steenkamp through a locked bathroom door.

He claimed to have mistaken her for a burglar in the early hours of Valentine's Day in 2013.

But the Supreme Court of Appeal overturned the ruling in 2015, and found him guilty of murder.

He was then handed a six-year jail term which was petitioned directly by the State to the Supreme Court of Appeal for being too lenient.

Pistorius made history by becoming the first amputee sprinter to compete at the Olympics, in 2012 in London, running on prosthetic "blades".

The six-time Paralympic gold medallist Oscar Pistorius was hurt in a prison brawl last week after allegedly being involved in a fight over the use of a public phone.