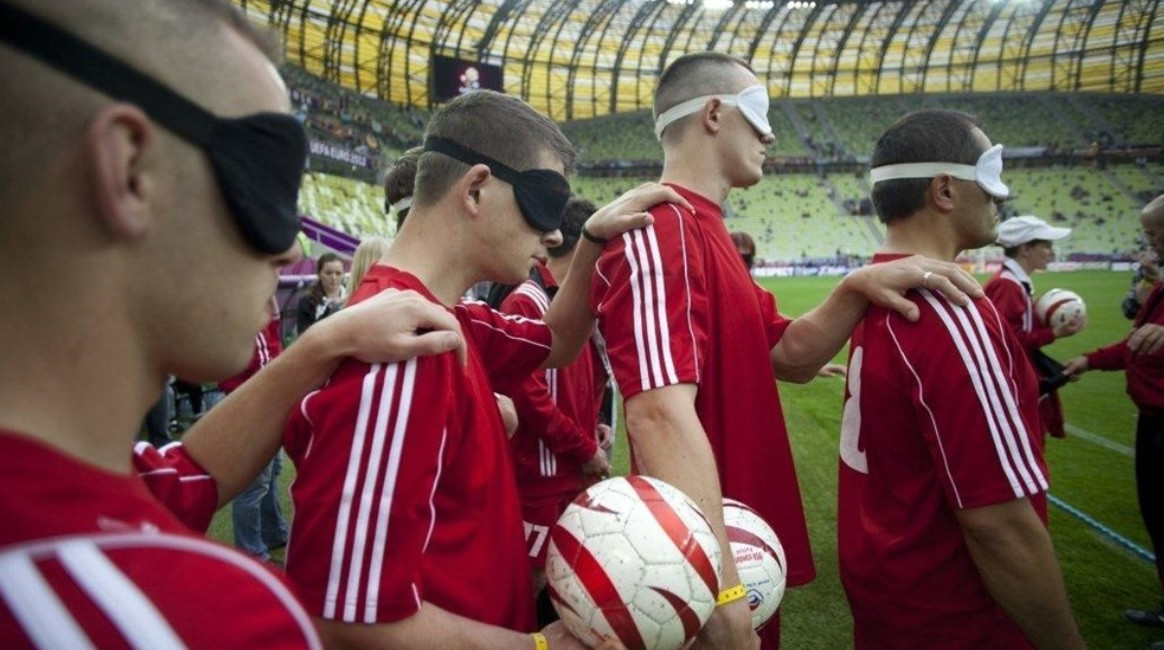 UEFA has confirmed that they will continue their support for blind football between 2017 and 2021 through the International Blind Sports Association (IBSA).

The IBSA are a key partner of UEFA, European football's governing body, and its "Football for all abilities" project.

These will focus particularly on emerging countries, women's participation and youth programmes.

In Spring 2018, a third development tournament for emerging nations will be held, before a second blind football youth camp and tournament in Spring 2019.

Additionally, the IBSA will continue to hold training weekends in developing countries, working to expand its pool of accredited referees as well as providing blind football equipment.

Plans are also in place to publish a coaching manual for new coaches and physical education teachers.

UEFA and the IBSA will also look to raise awareness of blind football through projects such as the UEFA #EqualGame initiative, which features blind Hungarian player István Szabó and showcases games at UEFA finals.

IBSA President Jannie Hammershoi said her organisation was excited by the announcement.

"We are delighted that UEFA has renewed its support for blind football development in Europe, and renewed its trust in the IBSA as one of UEFA's core partners within its football for all abilities project," she said.

"UEFA backing has enabled us to take blind football all over the continent and provide playing and training opportunities to thousands of blind and partially sighted boys and girls, women and men.

"The success of the previous projects is self-evident - this year 15 European countries took part in the two divisions of our blind football European Championships, more than in any other continent.

"We will use UEFA funding for the period 2017 to 2021 wisely and carefully to take the game to even more countries and strengthen those countries that already play.

"We will be targeting, in particular, youth programmes and programmes that are fully inclusive of women and girls.

"UEFA's backing should serve as a role model for other regional football organisations and for FIFA to follow."

Patrick Gasser, head of UEFA's Football and Social Responsibility Committee, added: "UEFA is happy to continue its backing for the IBSA and the development of blind football in Europe.

"The IBSA has shown itself to be a worthy and reliable partner as part of our Football for all Abilities project and we are sure our support will be put to very good use.

"We look forward to working with the IBSA over the coming four years to ensure visually impaired footballers, regardless of their age or gender or where they live in Europe, are able to play and enjoy the game."