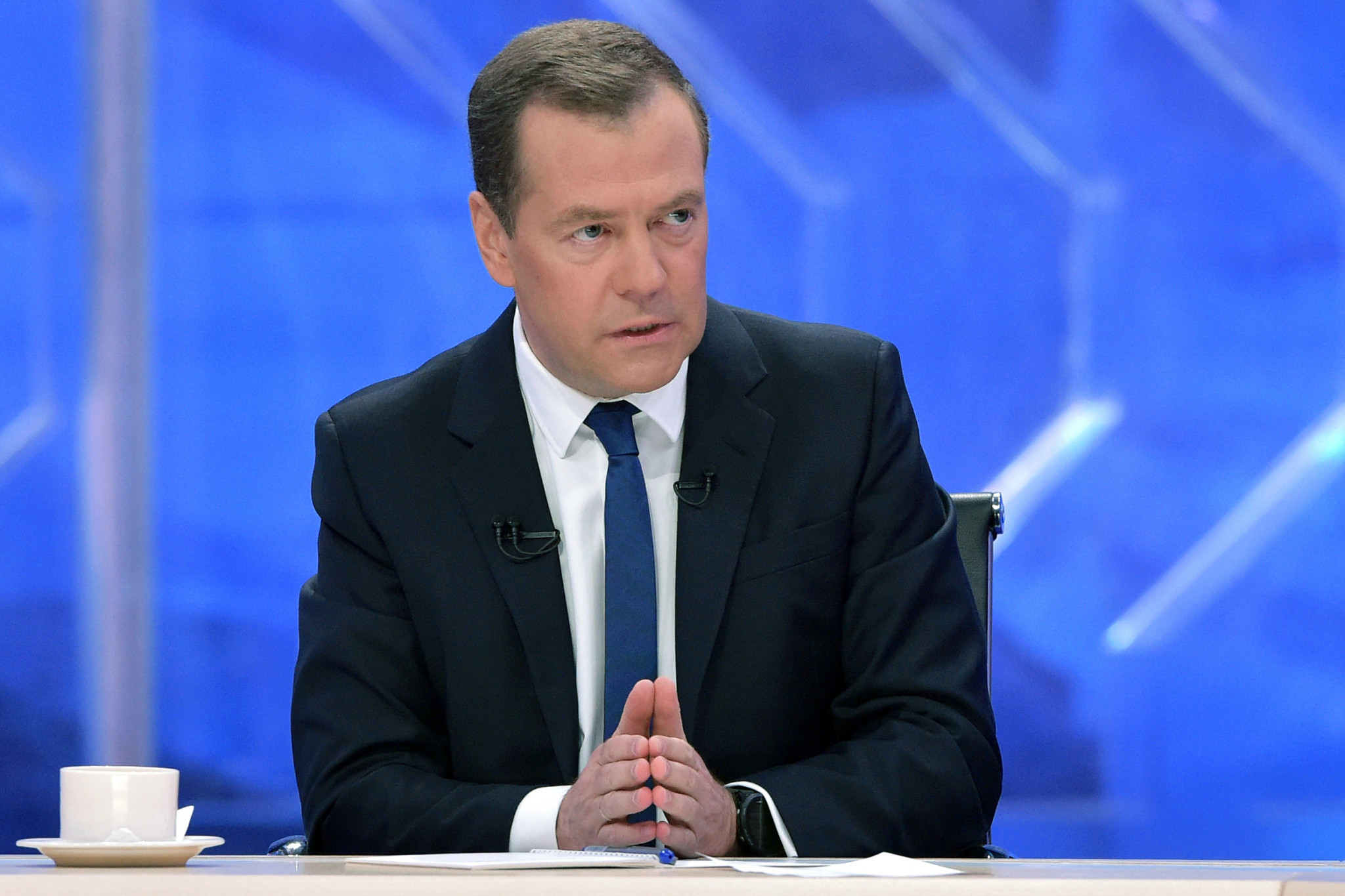 A stalemate between Russia and the World Anti-Doping Agency (WADA) looks set to continue after the country's Prime Minister Dmitry Medvedev categorically insisted today that they will never recognise and apologise for an institutional drug-taking system.

The requirement for Russia to do this is considered essential for WADA to declare the Russian Anti-Doping Agency re-compliant with their rules following evidence of doping and sample tampering in the country.

Medvedev was speaking after Russian President Vladimir Putin suggested they would not boycott next year's Winter Olympic Games in Pyeongchang in response to being ordered by the International Olympic Committee (IOC) to compete there as neutral athletes.

He reiterated how they would support those seeking to participate in South Korea under the "Olympic Athletes from Russia" banner and, while he conceded they did face doping problems, he blamed only individuals such as Grigory Rodchenkov, the former Moscow Laboratory director turned whistleblower whose testimony proved the basis for the investigations.

"It's unfortunate that clean athletes see such injustice," Medvedev told a Government Session, as quoted by the TASS news agency.

"These athletes and our country on the whole have been faced in this situation with an unprecedented episode of unsubstantiated accusations against the whole state, based on evidence of one, let us say mentally infirm individual with clear psychopathic deviation, [Rodchenkov] who committed criminal wrongdoings by himself spreading doping among athletes."

Medvedev insisted there was no proof of state-sponsored doping, adding: "But they keep demanding that we confess to some programmes.

"This will never happen.

"We cannot and will not recognise false findings."

Medvedev also claimed that the IOC decision had a "political component" and "was made in the run-up to the elections in our country, the Presidential election with an eye to shaping the appropriate sentiment in society".

"It is obvious that there were problems with doping in the Russian sports, we openly acknowledged them and launched an active work to eliminate violations," he said.

"An independent public anti-doping commission was set up, a national plan for the fight against doping in Russian sports was approved as well as a set of measures to implement this plan.

"Such policy in this sphere continues, and we will continue it irrespective of any decisions."

Much of the work so far has been dismissed, however, as more lip service than genuine improvements.

Russian Deputy Minister and former Sports Minister, Vitaly Mutko, who was handed a life-ban from the Olympic Games by the IOC for his complicity in the doping regime, has also criticised the "discriminatory" decision of the IOC.

"We will prove that every medal in Sochi was won honestly - nothing is proved," he told Sport Express.

"I can give examples of 10 such 'Rodchenkovs', in Norway and so on.

"But nobody is going to create any commissions there."

Unlike WADA, the IOC have not demanded that Russia apologise for what they describe as "systemic manipulation" of the anti-doping system in Sochi and elsewhere.

They admit that they wish to draw a line under the incident and move on after Pyeongchang 2018.

There has also been criticism over the "Olympic Athletes from Russia" acronym on the grounds that it was a pre-arranged compromise designed to avoid a Russian boycott.

A three-person IOC Commission chaired by Aruba's Nicole Hoevertsz is now responsible for ironing out details of their team, including over what will be displayed on their uniforms and whether Russian fans will be able to bring flags into venues.

It has been reported today in Russia that they have been told by the International Ice Hockey Federation that, if either of their male of female neutral teams win gold, they will be permitted to sing an "a cappella version" of the Russian national anthem on the ice.

Russian IOC Athletes' Commission member Yelena Isinbayeva has written an Instagram post today calling on Russian athletes and spectators to come to Pyeongchang to "sing the hymn of Russia, wear a Russian uniform...and wave a tri-colour".

Russian-Italian luxury phone company Caviar have also revealed a new phone design featuring the colours of the Russian flag and the first line of the national anthem.

They intend to send a free phone to the first "Olympic Athletes from Russia" gold medal winner at Pyeongchang 2018 in response to the "unprecedented injustice" of the IOC.