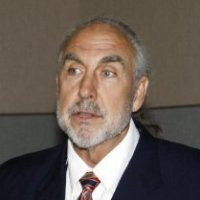 Experienced coach Kyle Pierce has been inducted into USA Weightlifting’s Hall of Fame during the 2017 World Championships here in Anaheim.

Pierce was awarded the national governing body’s highest accolade at the midway point of the men’s 69 kilograms A session.

He received it from three-time Olympian Kendrick Farris, who he coaches.

"I’m elated," said Pierce, who had been invited to present medals.

"I was surprised and had no idea.

"This is a true honour."

Pierce has spent the last 43 years advancing the sport of weightlifting worldwide.

As the head of the kinesiology department at Louisiana State University in Shreveport (LSUS), he has been instrumental in advancing weightlifting at the collegiate level in the United States.

Since 2000, Pierce has hosted a USA Weightlifting and High-Performance Center as LSUS, staging numerous weightlifting events and producing many national team athletes.

Additionally, he has contributed extensively to the scientific research of the Olympic lifts.

He’s coached three teams at the World Championships, including the US, Ghana and Seychelles.

"They have this saying that the athlete is like the seed and the coach is the soil," Farris said of Pierce.

"He’s been great for me.

"He gave me an opportunity to take root and grow.

"I’ve learned so much from him, and not just about weightlifting, but how to be an upright person.

"He truly embodies what the Olympic creed is all about."

Earlier this year, Pierce was named Coach of the Year in Ghana and was awarded the Order of the International Weightlifting Federation (IWF).

Pierce serves on the IWF Coaching and Research Committee and is vice-president of the Pan American Weightlifting Federation.