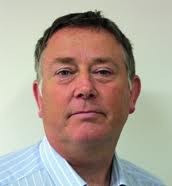 If you were looking for a way to explain the strong support from Africa and other parts of the developing world that helped sweep Tamás Aján to a resounding victory in the International Weightlifting Federation (IWF) Presidential election in Bangkok last week, it might be a good idea to start in Accra, Ghana.

Iraq, Qatar, the United States, Hungary and the International Olympic Committee (IOC) have all played a part in making Ghana one of Aján's strongest backers.

They have also helped in creating one of the sport's best "good news" stories.

"I think there were 23 African countries in Bangkok and I'm sure they all believe the same as I do - that Dr Aján has been a very good friend of Africa," said Ben Mensah, President of Ghana's Weightlifting Federation and, since last March, also President of their National Olympic Committee.

Mensah made good use of his time in Thailand, building a network of contacts and forging especially fruitful relationships with some of the wealthier nations in the Arab world.

The immediate benefits will be a healthy representation from Ghana and other sub-Saharan nations at the African Championships in Mauritius in early July, and a team of four from Ghana at the Qatar Cup five months later.

Ghana will be chasing medals, and with so many promising young lifters emerging they expect to do so for years to come. That would have been unthinkable a few years ago.

Four thousand miles away another "good news" project is under way in Trinidad and Tobago, where a new programme is taking weightlifting into prisons with the aim of giving purpose and potential to the otherwise ruined lives of young men.

A few thousand dollars makes the difference between the prison work happening or not, and that money is provided by the IWF, whose biggest single expense item in the past four years has been development programmes.

The near $5 million (£3.8 million/€4.4 million) outlay is nearly double the amount spent in the first four years of the development programme, which started in 2009 to "organise, develop and control the sport of weightlifting on an international scale".

Aján himself said the development work was "highly significant" and had contributed to the growth of the sport. There are now 192 member nations in the IWF, eight more than there were before the development programme started.

A trawl though the results of the Commonwealth Games shows just how bad things have been in Ghana. Throughout the Games' history Ghana has won one medal in weightlifting, which puts them dead level with Kiribati.

By comparison, their great sporting rivals and near neighbours Nigeria have 62 Commonwealth Games weightlifting medals, and Cameroon have won 17 since they started competing in 1998.

Four years ago Ghana had no weightlifting gym and their elite squad trained in a storage room at the national stadium. They had 13 registered weightlifters.

Now they have 17 to choose from in the national squad as well as 62 under-15 boys and girls of considerable promise, a far bigger pool overall. Weightlifting has become, said Mensah, "the second most talked-about sport after football".

It helps that Mensah has persuaded some of the country's top radio announcers to join his weightlifting media committee.

At the recent national sports awards in Ghana, five of the 11 winners were weightlifters - more than the number of footballers.

"As President of the NOC I work with what I call the least financed sports - and that means everything except football.

"For five years weightlifting didn't get any money, nothing at all, and without the help of the International Federation it would still be impossible to develop the sport in Ghana."

The key men in this success story are Mensah himself and the American coaching expert Kyle Pierce. But without the help of Aján and the IWF it never would have happened.

Pierce is a hugely respected weightlifting coach and a professor of kinesiology. When the votes for the IWF's Coaching and Research Committee were counted he had 102 of them - 30 more than his nearest rival.

Pierce coaches Olympians in the US and travels the world, sometimes at his own expense, presenting academic papers about weightlifting and teaching coaches how to coach.

He has worked in Kenya, Tanzania, Guyana, Mongolia, Nigeria and Tunisia, but top of the list is Ghana, where he has spent more time than anywhere else on five visits.

At the 2013 World Championships in Wrocław, Poland, Mensah met Pierce for the first time and asked if he would come to Ghana because there were no coaches there - and without coaches, the sport could never develop.

Which is where Aján stepped in. Mensah asked for help with the project, and in 2014 Pierce was on his way from Shreveport, Louisiana to Ghana for the first time.

Pierce has been busy. Ghana now has many coaches in the Accra area, where the sport has taken root.

"I got Kyle to come to Ghana because of Dr Aján," said Mensah. "I asked the IWF for help in supporting him to come to Ghana, and Dr Aján put me in touch with Eva Moska [IWF director of development] in Budapest. She worked on it, and we got Olympic Solidarity sponsorship of $19,000.

"Because of Kyle's coaching clinics in Accra we have nearly 30 coaches now.

"It was that single offer that has changed weightlifting in Ghana completely, so of course I am very happy to support Dr Aján."

Mensah said of Pierce: "Whenever he walks down the street in Accra, he has children shouting his name."

Other nations want him, too. In Bangkok, he told insidethegames: "Other African nations come up to me, like Sierra Leone today, and say 'hey, you're coaching Ghana, it's not fair - can you help us?' But I'm not coaching Ghana, I'm coaching coaches."

Pierce is also working with local academics to create a university sport science course in Accra.

He cites the example of Christian Amoah, a 17-year-old from a deprived neighbourhood who had to leave school early when his father died. Amoah was working as a driver's mate when he started weightlifting, and has already competed at the Olympic Games, helped by Olympic Solidarity funding that enabled him to spend time in the US.

"There's no telling where he would be without weightlifting," said Pierce. "He has had the opportunities to travel, to get an education. Some of the kids in Ghana are very strong - they all have potential."

Others with potential include 94kg lifters Forrester Osei, a 27-year-old based in the UK, and 17-year-old Richmond Osarfo.

There is more help on the way, and not just for Ghana.

"We met as an African group here in Bangkok," said Mensah. "And we asked the IWF for more help with development."

They got it, in the form of air tickets, and Mensah said that means "instead of just a few countries competing at the Commonwealth Youth Games, for example, or the African Championships, there will be many more".

Even the cheapest flights from Ghana to Mauritius, host nation for next month's African Championships, cost nearly £1,000 (£775/€885) so the prospect of being able to send a team of seven, three of whom will be strong medal contenders, is good news for Ghana.

When the Afro-Asian Championships were held for the first time in 2014, in Uzbekistan, only four African nations competed, none of them from West Africa.

That, too, will change. The Iraqi Mohamed Jaloud was elected to the role of IWF general secretary in Bangkok and he has promised to help more African countries in future.

Jalood is also general secretary of the Afro-Asian Federation, based in Qatar, and he said: "We will help more countries to attend Championships. We are a strong weightlifting family and we want to help as many as possible to develop their talent."

Jaloud works closely with Yousef Al Mana, the Qatari who is President of the Asian Federation. Mensah met both men, and having been assured of Qatar's support he can send a team of four to the Qatar Cup in December.

Mensah is a successful insurance broker with business interests in real estate and lithium mining. He has invested much of his own money in weightlifting - he paid for a new gym and training headquarters - and has attracted sponsors to fund children's coaching sessions.

The biggest success is the Indomie Youth Competition for eight to 15-year-olds, funded by a noodle company.

"It's a club competition but each club is based around a school, so there is a lot of school v school rivalry and it's the talk of the town," said Mensah.

"It's held on weekends at Accra Sports Stadium, with 72 kids competing, and at the last one we had 520 children cheering on their schools. We have so many sponsors who give the kids drinks, exercise books, pencils and rulers to take home with them.

"I have always spoken up for the youth of our country, especially those from a poor background. Every child is blessed with a talent and if we can allow them to express that talent we will have less crime, more young people working and so on.

"There are 500,000 kids playing football in Ghana and they all want to play for the national team. It's definitely a shorter route to the top in weightlifting."