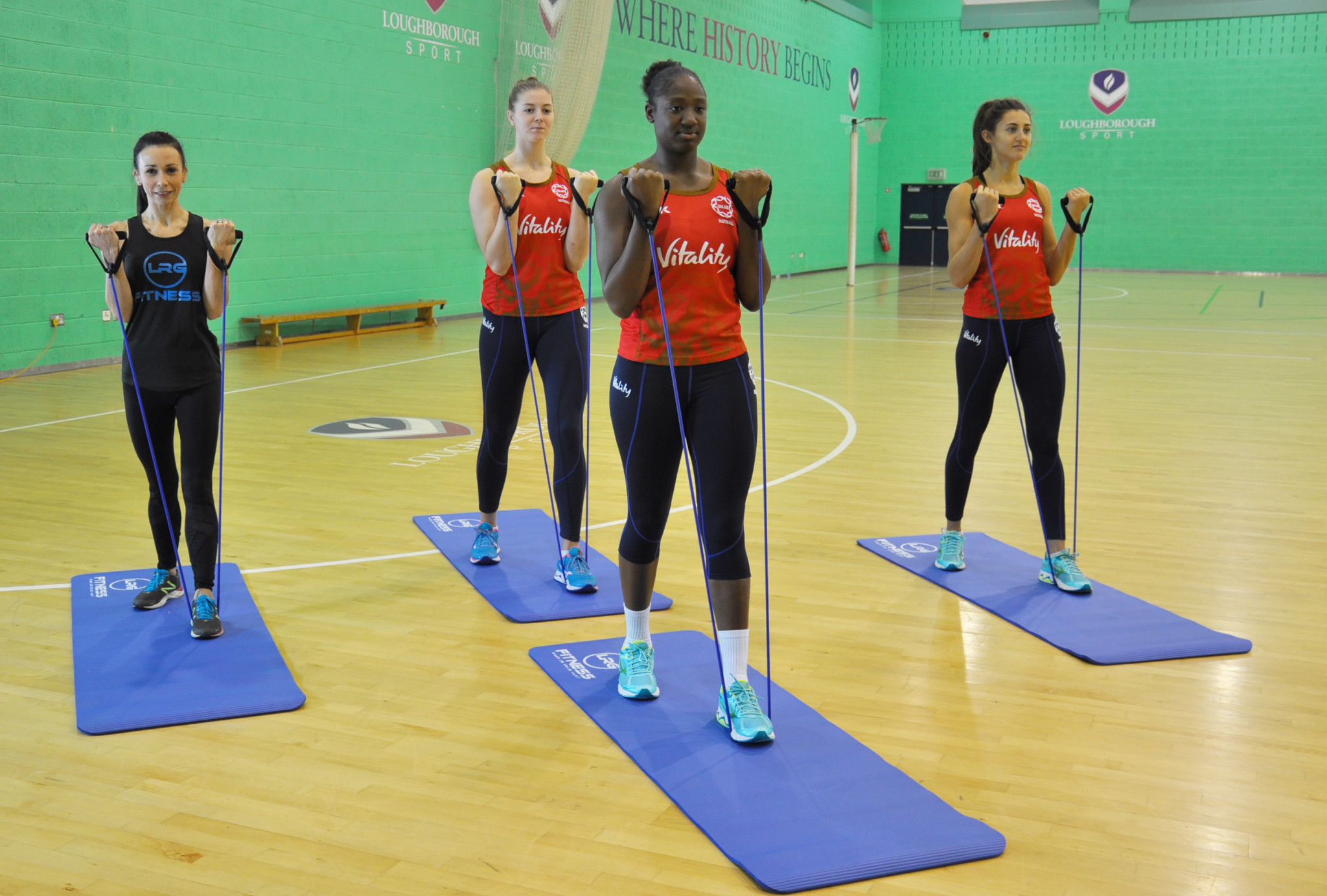 An exercise programme exclusive to England Netball members has been designed for all ages and fitness levels.

"The 20 minute HIIT sessions are different each week, which helps keep people motivated, plus the free equipment such as the resistance bands and the 'add on' workouts such as the tailored netball workout, with your free Gilbert netball, make this offer such fantastic value," England Netball said.

LRG Fitness is a family-run business in existence for over twenty years, and is led by Nina Gambling, a former British Sports Aerobic champion.

"Netball is a hugely demanding sport that involves high levels of fitness," she stated.

"HIIT training, along with strength and conditioning training, is a perfect combination to improve your overall performance.

"Bursts of high intensity, followed by short periods of rest combined with working your body in a variety of movement patterns and directional changes are exactly what you are going to experience while on the court.

"Our guided and pre-planned exercise journey will help you burn more calories and increase your strength, speed, endurance and overall athletic performance.

"As HIIT training is transferable to practically all sports, your family members can also enhance their day-to-day fitness levels with our under and over-10 workouts."

England Netball is making preparations for the 2019 Netball World Cup in Liverpool, which takes place from July 12 to 21.

It will be delivered by Netball World Cup 2019 Limited on behalf of England Netball in partnership with UK Sport, Liverpool City Council and the Arena and Convention Centre (ACC) Liverpool.

It  will see the top 16 teams in the world go head-to-head over 10 days of competition at the Echo Arena, part of the ACC Liverpool campus.