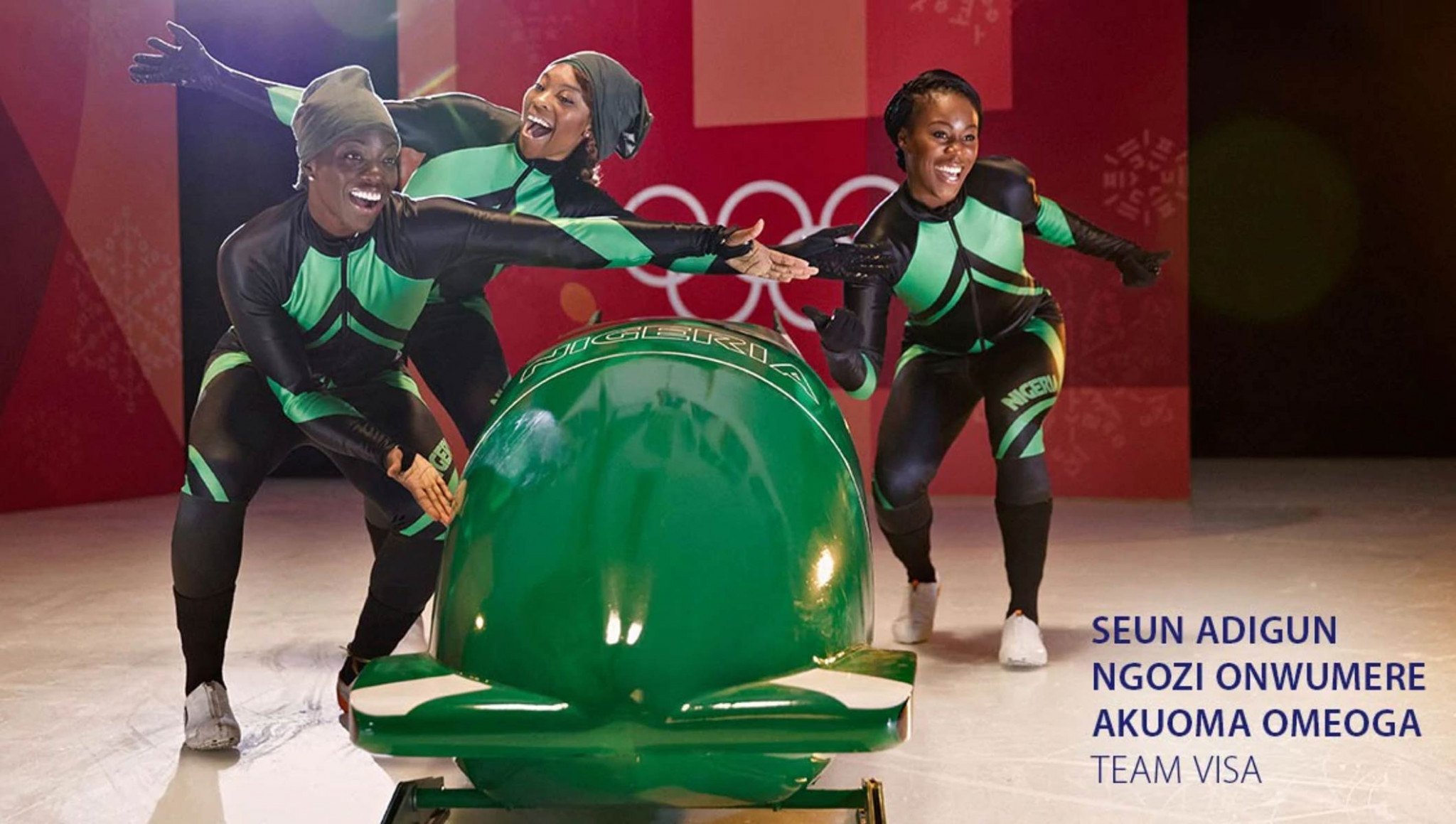 Three members of the Nigerian women's bobsleigh team have joined Team Visa prior to Pyeongchang 2018 and are hoping to be the first African representatives to qualify for the Winter Olympics.

Seun Adigun is the team pilot and is joined by brakewomen Ngozi Onwumere and Akuoma Omeoga.

All three come from track and field backgrounds and two will be able to compete at the Games in South Korea should they qualify.

However, this will be a tough ask with only 19 places available for women's bobsleigh through the International Bobsleigh and Skeleton Federation rankings.

Without access to proper training equipment or valuable ice time, the team members started their journey on the snow-less grounds of Houston, Texas, in a wooden shed nicknamed "The Maeflower".

They also established a crowdfunding website to raise funds which was discovered by financial giant Visa, a member of The Olympic Partner (TOP) top tier sponsorship scheme, who pledged to help.

"When we first heard their story, we recognised the collective spirit of these athletes as a perfect fit for Team Visa," said Chris Curtin, the company's chief brand and innovation marketing officer.

"By joining Team Visa, we hope to provide this group of determined athletes with a global stage to tell their story and inspire athletes all over the world to follow their dreams and never give up."

Adigun represented Nigeria in the 100 metre hurdles at the London 2012 Olympics and has been training for bobsleigh since 2014.

Onwumere, a former competitive sprinter, won silver and gold medals at the 2015 African Games in the Republic of Congo in the 200m and 4x100m relay respectively.

She has been training for bobsleigh since being recruited by Adigun last year.

Omeoga is a graduate of the University of Minnesota where she was a sprinter for the university's track and field team, competing in the 100m and 200m events.

Adigun said that the support and encouragement from Visa had been "a dream come true".

Team Visa is also sponsoring athletes from Canada, Poland, South Korea and the United States in a range of winter sports.

Since 2000, it has supported more than 400 Olympic and Paralympic athletes and hopefuls by providing them with tools, resources and support.

Visa International has been a Worldwide Olympic Partner since 1986, when it was a founding member of the TOP programme.

The women's bid to qualify is in many ways reminiscent of the Jamaican bobsleigh teams which took part at the 1988 Calgary Winter Games and at five subsequent Winter Olympics.