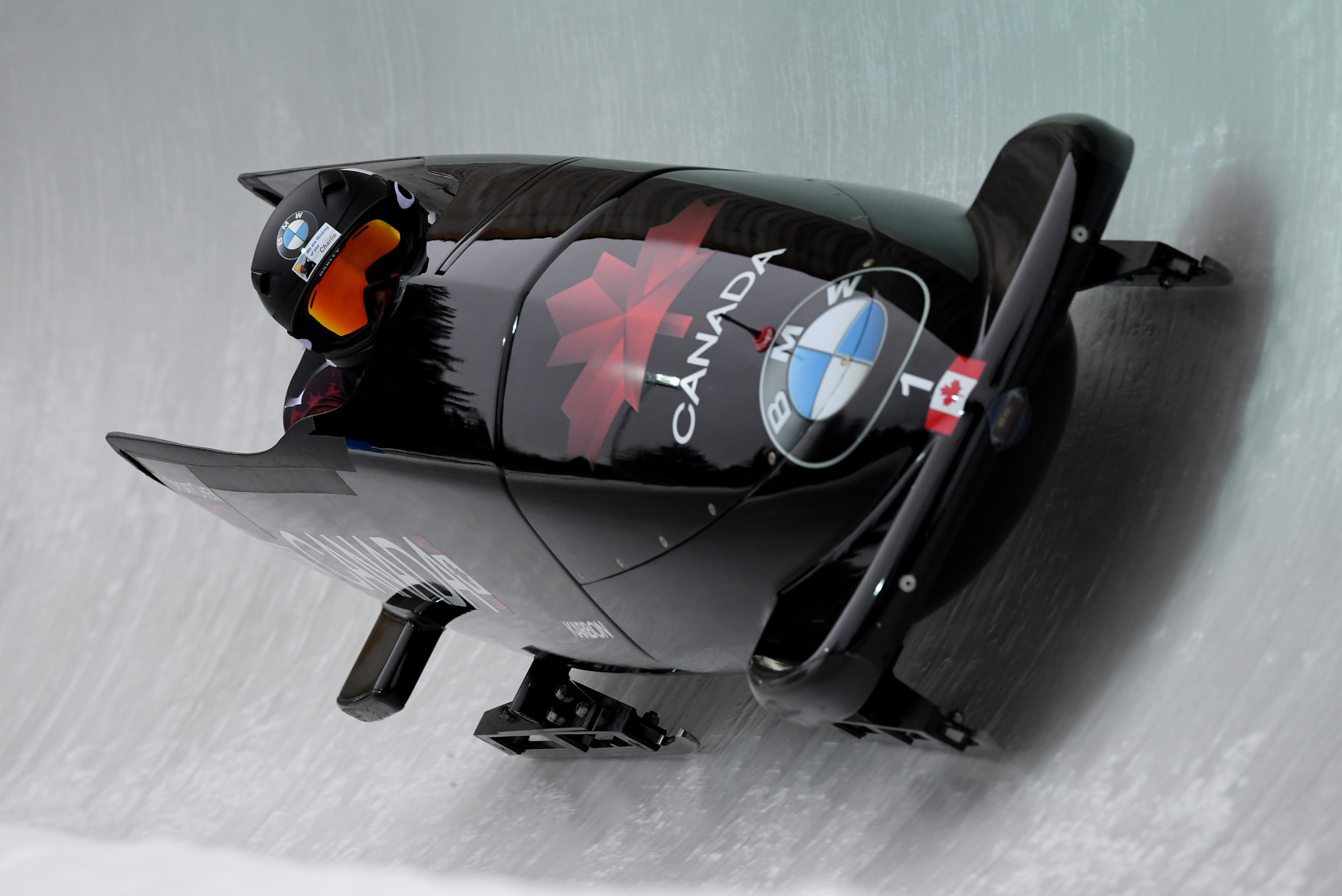 Canada’s top bobsleigh and skeleton athletes are launching their Olympic season with a two-day event in Toronto.

The squad visiting the city, after returning from a week of training at the Olympic track in Pyeongchang, where they will hope to claim medals early next year.

Kaillie Humphries, an Olympic gold medallist at Vancouver 2010 and Sochi 2014 in the two-woman bobsleigh, is among those officially unveiled in their squad for the World Cup season, due to open in Lake Placid on Sunday (November 5).

A total of six skeleton and 22 bobsleigh athletes will be named in the team.

Humphries has been joined at the Toronto events by Phylicia George, Mirela Rahneva, Alysia Rissling, Cynthia Appiah and Melissa Lotholz.

They participated in an event at Hodgson Middle School, where they met with around 600 students.

The squad are then due to present the inaugural winner of the L. Lamont Gordon Spirit of Sport Award tomorrow at the Cambridge Club, where they will join by a small gathering of business leaders.

The award is named after L. Lamont Gordon, who represented Canada in bobsleigh at the 1964 Winter Olympics in Innsbruck, finishing 14th in the men's four.

Since then he has financially supported Canadian bobsleigh and skeleton athletes for more than half-a-century.

The 85-year-old Gordon will participate in the event with his family.

The award will honour one athlete each year who embodies the spirit of sportsmanship.

They will be nominated by their team-mates, with the winner claimed to exemplify the exceptional qualities of sportsmanship and team spirit.

The full World Cup team announcement is scheduled to be made tomorrow at Nathan Phillips Square in the heart of the city.

Following the unveil, it is claimed the coroporate community will join athletes in a push challenge.

They will feature in a team of two, joined by one of the athletes named in the team, to push an athlete in a bobsleigh on wheels.

It will take place on a specially-designed 30-metre track.

The winners will win a trip for four to the World Cup competition in Whistler, due to take place on November 24 and 25.

The event will also feature special guests from the Canadian Military and sporting community.

Athletes will then head to the opening World Cup of the season, which will take place from November 5 to 10 in Lake Placid.