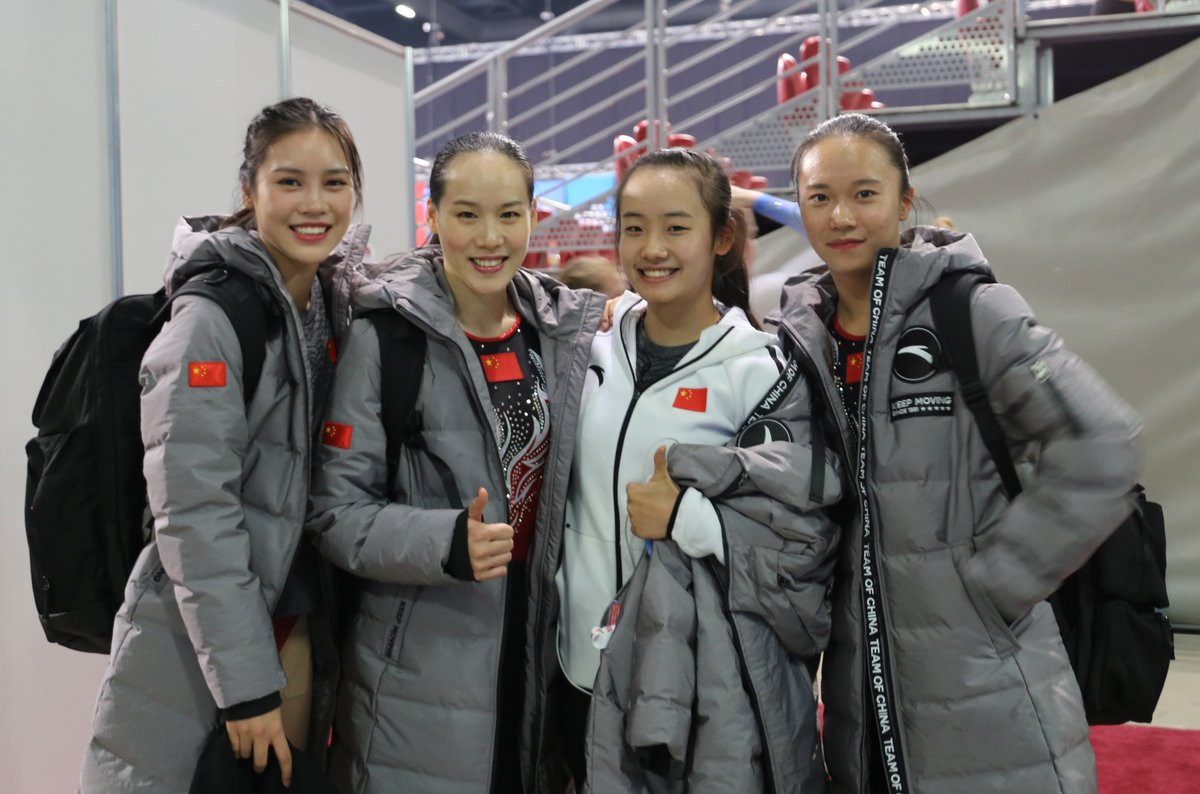 China's women secured their sixth title since 2005 with another commanding display in the team trampoline event as the country dominated the opening day of medal action at the Trampoline Gymnastics World Championships in Sofia.

The trio of Zhong Xingping, Zhu Xuejing and Liu Lingling successfully defended their crown with a formidable score of 167.495 points at the Arena Armeec.

They topped the podium ahead of the team from Belarus, who finished behind China for the second consecutive edition of the World Championships.

China's men were also in ominous form as they retained their team crown, thanks to Dong Dong, Tu Xiao and Gao Lei, who scored 181.920.

The Chinese contingent were made to work hard for the title as Russia's Sergei Azarian, Andrey Yudin and Dmitrii Ushakov ended the competition not far behind on 181.625.

Bronze went to the Daiki Kishi, Masaki Ito and Ginga Munetomo of Japan, who registered 177.440 points.

China had earlier claimed their fourth straight women's tumbling crown as Chen Ling, Chen Lingxi and Jia Fangfang stormed to gold with a total of 103.400 points.

Their haul was almost four clear of nearest rivals Yasmin Taite, Rachel Davies and Lucie Colebeck, who sealed silver for Britain on 99.900 points.

The French trio of Lauriane Lamperim, Marie Deloge and Lea Callon followed in third, having scored 99.100.

Russia were the only other nation to claim a gold medal on a day of Chinese domination as Vasilii Makarskii, Aleksandr Odintsov and Mikhail Zalomin defended their men's double mini trampoline title after their collective routines yielded 114.600 points.

Carter Rhoades, Austin Nacey and Alexander Renkert did enough to win silver for the United States on 109.900 points.

Jack Petrie, Dominic Clarke and Ryan Hatfield delivered Australia's first medal of the Championships with bronze after they registered 107.600 points.

The event in the Bulgarian capital continues tomorrow.