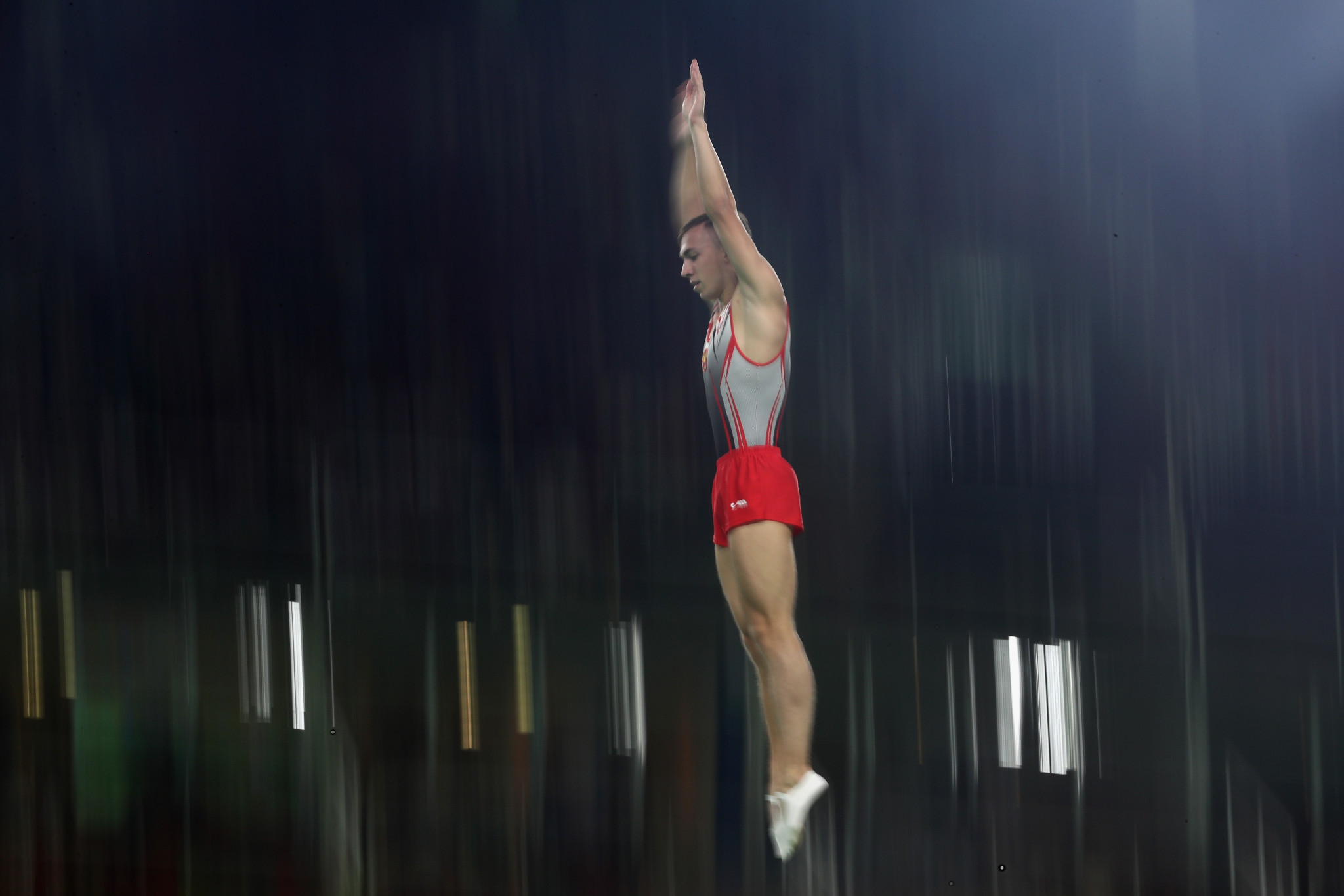 Olympic champion Uladzislau Hancharou of Belarus qualified in fifth place in the men's event at the Trampoline Gymnastics World Championships in Sofia.

Hancharou, who is aiming to build on the silver medal he won at the 2015 Championships, managed a score of 113.070 at the Arena Armeec.

The Belarusian was clearly holding some of his best form back for the final as four other athletes finished ahead of him today.

China's Liu Lingling, silver medallist at the 2015 edition of the event in Odense in Denmark, led the way in the individual women's trampoline qualification.

Zhu was second with 104.975, while Tatsiana Piatrenia of Belarus ended the day in third having scored 104.070 points.

Reigning world champion Jia Fangfang of China qualified in top spot in the women's tumbling event with a total of 73.000 points.

Jia, who won the tumbling gold medal at the World Games in Wrocław in Poland earlier this year, was comfortably adrift of second-placed Anna Korobeinikova of Russia.

The Russian tumbler scored 68.800 across her two routines to finish in front of Jia's compatriot Chen Ling, third on 67.600.

In the men's tumbling qualification, Russia swept the top three positions on the leaderboard.

Maxim Shlyakin topped the standings with a total of 76.400 after he scored 38.200 in each of his two routines.

Team finals are the highlight of the second day of the World Championships in the Bulgarian city, while qualification in the synchronised and double mini events for men and women is also scheduled to take place.