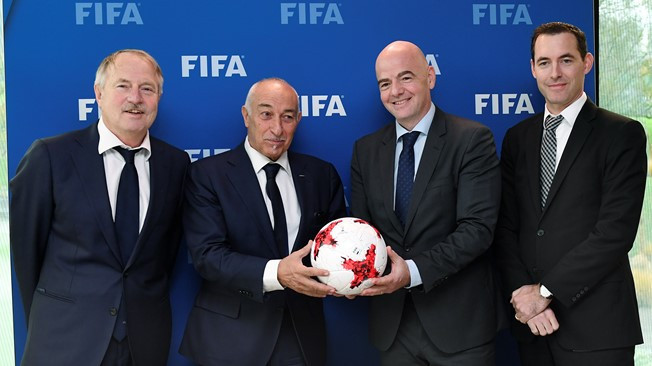 FIFA and FIFPro have announced a six-year cooperation agreement to strengthen ties between the two bodies and improve the running of professional football globally.

They have also reached agreement with the European Club Association and the World Leagues Forum, under the umbrella of FIFA's new Football Stakeholders Committee, which includes confederations, member associations and professional football stakeholders.

The new rules will streamline dispute resolution between players and clubs, particularly regarding overdue payments.

They will also involve a requirement to avoid players being forced to train alone and other abusive conduct.

The agreement follows 18 months of negotiations.

The transfer system is to undergo further improvements, with a task force to be set up to review the matter.

Joint initiatives include the continued rollout of club licensing, establishment of national dispute resolution chambers and exploring minimum contract requirements with all stakeholders at global level.

The health and safety of the players will be addressed with regard to the match calendar.

The two football bodies have also agreed to do more to promote equality for women in football.

The agreement means that FIFPro will now withdraw the complaint it lodged two years ago with the European Commission regarding FIFA.

This complaint labelled the current transfer system as “anti-competitive, unjustified and illegal”.

The players’ union asked the Commission to consider the argument that transfer regulations “prevent clubs from fairly competing on the market” which in turn is “harming the interest of players, small and medium-sized professional teams”.

"Today marks an important milestone in the improvement of the global governance of professional football," said FIFA President Gianni Infantino.

He added that the "ultimate winner" was football.

Philippe Piat, President, FIFPro, said that a "mutual understanding" had helped set in motion "the biggest changes to football transfer rules since 2001", adding that while "clubs in the richest leagues invariably treat players well, there are other leagues in which the employment rights of footballers are routinely ignored.

"These rule changes will help protect the 60,000 players FIFPro represents against unfair treatment."