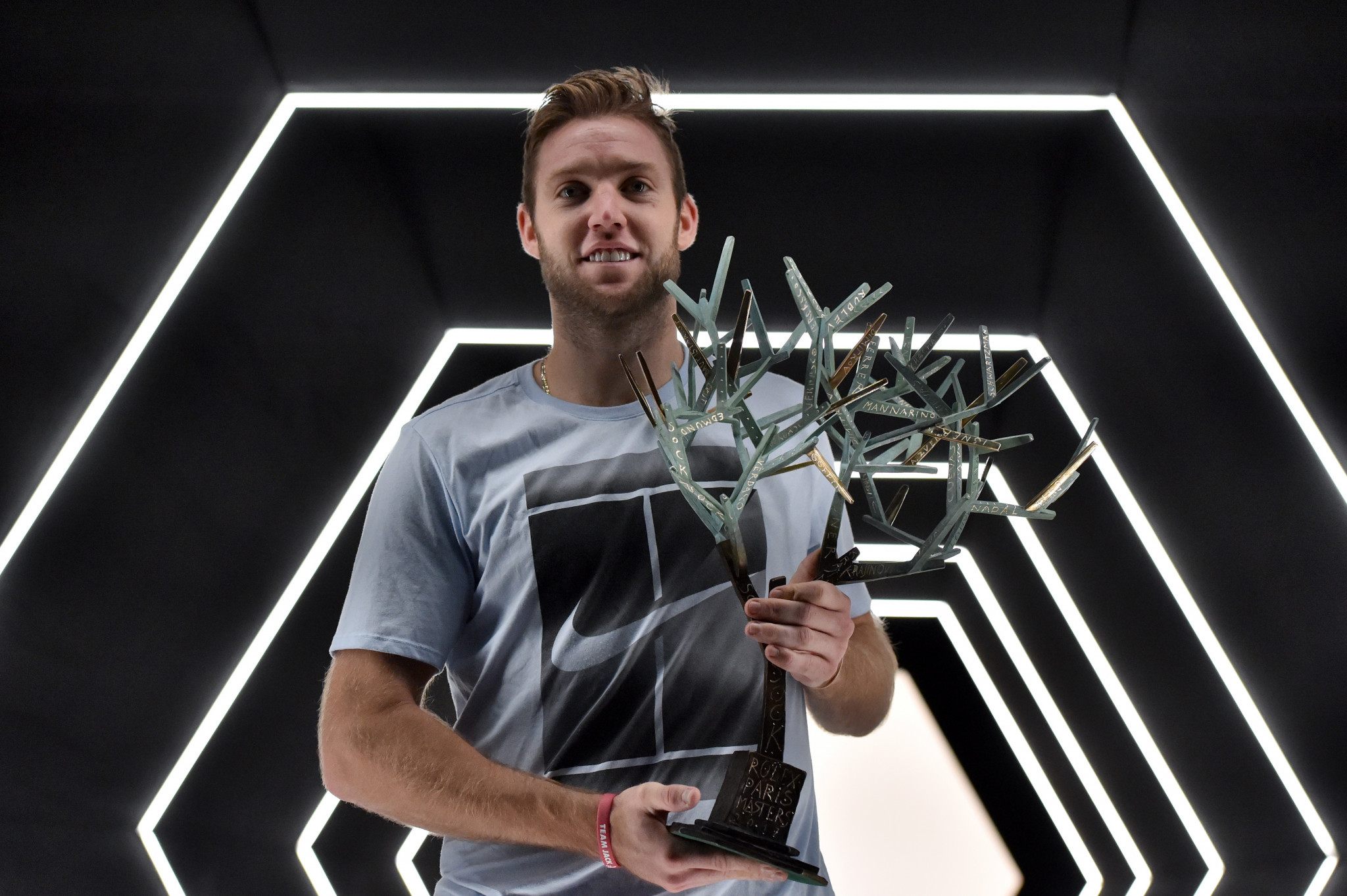 Jack Sock has beaten Filip Krajinovic 5-7, 6-4, 6-1 to lift the Paris Masters and qualify for the season-ending ATP Finals.

It is the 16th-seed's third title of the year, his fourth overall and his first at a Masters.

The victory will send the American into the world's top 10, climbing to ninth, and even more crucially, it sends him through to the finals in London for the first time.

The win also ended a long barren spell for the United States who ended a miserable seven-year itch.

The 25-year-old sealed victory on his first match point against Krajinovic, a Serbian qualifier ranked 77th in the world.

Sock fell onto his back in utter jubilation, then jumped into the seating area to celebrate with his team and his girlfriend Michala Burns.

Krajinovic, 25, was the first qualifier in a Masters final since Jerzy Janowicz, also in Paris, in 2012.

He had only played finals on the challenger circuit before, winning all five of them, and came through the qualifying rounds.

But at least he has the consolation in knowing that he has climbed to a world ranking of 33.

"I was not aggressive enough, I have to be against him," Krajinovic said.

"It's an amazing week with a lot of good wins.

"From (qualifying) I beat so many good guys, better ranking than me.

"So it's all positive coming home, finally having holidays after playing so many matches this year.

"I lost energy but it was a great week for me."

Sock had nine aces and broke Krajinovic's serve six times to compensate for the three times he dropped his.

His other titles this year were at Delray Beach, Florida and Auckland, New Zealand - both on outdoor hard courts.

Coco Vandeweghe could not make it an American double as she was well beaten by Germany's Julia Goerges at the WTA Elite Trophy in Zhuhai, China.

The 29-year-old cruised to her second title of the year with a 7-5, 6-1 victory in front of German tennis legend Steffi Graf who watched from the stands.

With the title, Goerges is set to end the season with a career-high ranking of world number 14 and she joins other Elite Trophy winners Petra Kvitova and Venus Williams.

"There is no better way to end this season," she said after the match.

"I think I have not really any words to describe right now.

Vandeweghe started off strong in the first set, easily breaking Goerges in the second game and holding serve in the next to give her a 3-0 lead.

But Goerges broke serve in the ninth game and a fuming Vandeweghe soon threw her racket onto the ground in frustration.

Goerges went on to dominate and, asked how she felt about receiving the trophy from tournament ambassador Graf, Goerges said it was "a very special moment".

"I think she was very happy to give the trophy to a German player," she said.

It wasn't all bad news for Vandeweghe, who, by reaching the final, had already overtaken France's Mladenovic to secure her place in the world top 10.