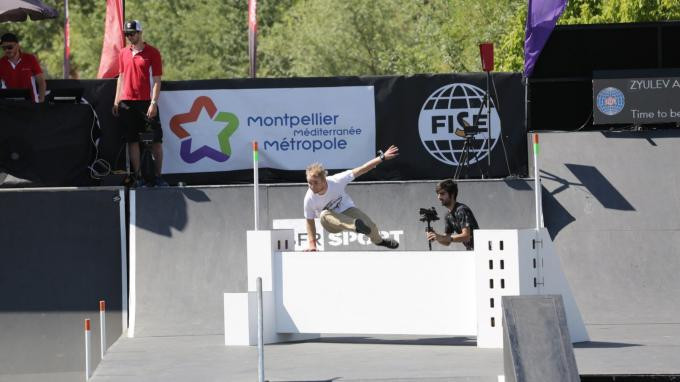 A row over who governs parkour is set to be reignited when the International Gymnastics Federation (FIG) holds its first World Cup in the sport as part of its controversial move into the discipline.

The first FIG Parkour World Cup is due to be held at the International Festival of Extreme Sports (FISE) World Series event in Chengdu in China, which begins tomorrow and finishes on Sunday (November 5).

Action at the inaugural Parkour World Cup starts with qualification in the men's and women's competitions tomorrow, with finals scheduled for the last day of the event at the Nan Hu Park in the Chinese city.

The conclusion of the FISE World Series season finale comes just two days before a meeting between the FIG and Parkour Earth, the organisation which claims to be the responsible for the running of the sport.

The two organisations, who have been at the centre of a protracted feud over the governance of parkour in recent months, are set to meet at the FIG's headquarters in Lausanne on Tuesday (November 7).

It follows a request from the recently-established Parkour Earth, which has six members and was launched in August, to meet with the FIG to discuss the ongoing row.

Parkour was unsuccessfully proposed by FIG to be added to the Olympic programme at Tokyo 2020.

FIG's right to do this has been fiercely opposed by the parkour community - although they also are far from united.

Following the launch of Parkour Earth, the International Parkour Federation questioned the legitimacy of the body and claimed their application to be the recognised federation for parkour was still pending.

As well as parkour, World Cups will also be staged in the BMX freestyle park and roller freestyle disciplines.

Street skateboarding and mountain biking are also part of the FISE World Series in Chengdu.