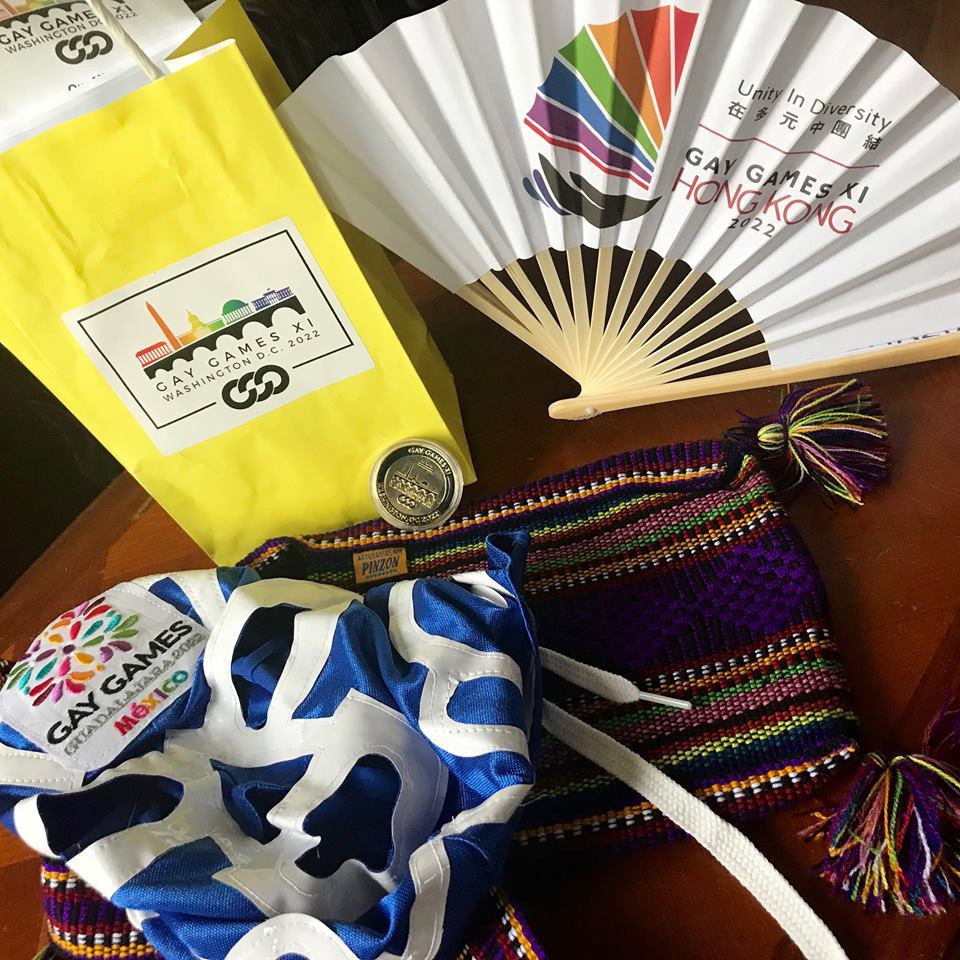 Washington D.C. Mayor Muriel Bowser has led her city's delegation to Paris to bid for the 2022 Gay Games.

She has been joined by a high-level delegation from the United States capital that also includes double Olympic football gold medallist Briana Scurry and Washington D.C. Council members Jack Evans and Brandon Todd.

They have all joined members of the Washington D.C. 2022 Bid Committee, including its chairman Brent Miner.

The presence of such a heavyweight political figure as Bowser could prove decisive when the voting to choose a city takes place tomorrow.

Washington D.C. will face rivals Hong Kong and Mexican city Guadalajara when the election takes place at the Ministry of Education in the French capital at 8pm.

Bowser said in a letter that "when so many things in the world divide us, events like the Gay Games bring us together and give us the opportunity to celebrate our differences while recognizing our many similarities".

She has promised that the city will put $2 million (£1.5 million/€1.7 million) towards staging the Games.

Bowser's travel costs to Paris has been paid for by Washington D.C. 2022 at no cost to the taxpayer.

Bowser has tried to deal with the negative influence that US President Donald Trump may have on their bid by claiming that hosting the Games in Washington D.C. would send a powerful message.

"We think, especially now, it is important for the United States to demonstrate that it is an open and welcoming place, and it is especially important for us as Washingtonians to show that we are an international city and we celebrate sport," Bowser told The Washington Post.

Part of Washington's pitch is that the city has 34 gay sports leagues.

"We're a very accessible city and I think it will draw more people," Miner said.

"And getting more people there, the message is spread to a greater audience."

Washington D.C., along with Hong Kong and Guadalajara, made presentations yesterday to the Federation of Gay Games Annual General Assembly.

First held in San Francisco in 1982, the Gay Games has become the largest global sport and cultural gathering open to all.

It is held every four years, with more than 10,000 athletes from 70 countries expected to participate in Paris next year.

Participants do not have to be gay.

Of the nine Gay Games to have been held, five have been in the US, including in 2014 when they were hosted in Cleveland and Akron.

They have never been held in Asia, which makes Hong Kong's bid an attractive proposition.

Hong Kong's bid has plenty of backing from its Government.

Hong Kong's Equal Opportunities Commission and Tourism Board are among its supporters and major companies like Cathay Pacific Airways, the Mandarin Oriental hotel group, Pure Fitness and Accor Hotels have publicly backed the bid.

"Our presentation yesterday in Paris was the last hurdle of an amazing bid journey taking Hong Kong’s LGBT+ (lesbian, gay, bisexual, and transgender) to an international platform,” Dennis Philipse, the chair of Hong Kong 2022," said.

"If we win or not, the bid was already an incredible achievement."