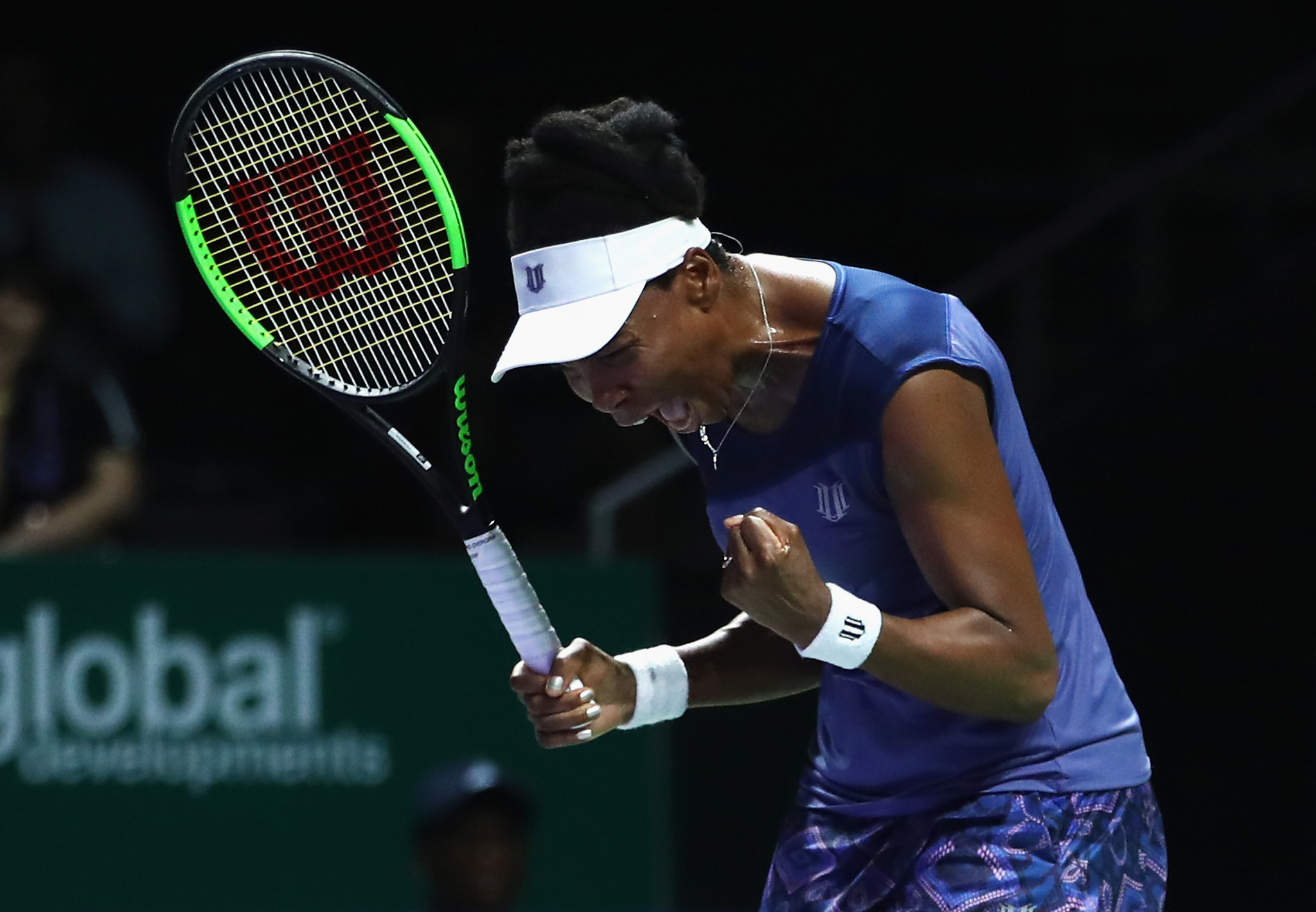 Venus Williams of the United States has defeated Spain's Garbiñe Muguruza to reach the semi-finals of the Women's Tennis Association Finals in Singapore.

Both players came into the match fighting for second place spot in the White Group, after both lost to Karolina Pliskova of the Czech Republic earlier in the tournament.

However, victories for both over Latvia's French Open champion Jelena Ostapenko made today's match even more important at the Singapore Indoor Stadium.

Muguruza defeated Williams, who won this event in 2008, to claim the Wimbledon title earlier this year but the American gained revenge by easing to a 7-5, 6-4 win.

As the White Group runner up, Williams will take on the Red Group winner in the semi-finals.

The Red Group standings will be decided tomorrow with Denmark's Caroline Wozniacki already through.

However, her position at the top is not finalised with Romania's Simona Halep, Elina Svitolina of Ukraine and Caroline Garcia of France all still in contention.

“I played an amazing opponent who has had an amazing year so I was so happy to win the last point,” Williams said.

“It’s not easy out here, you have to play every point well or you end up losing the game.

"I had some great coaching going into my match and I hope I can win some more."

Pliskova saw her unbeaten run at the tournament come to an end today.

Pliskova, who enjoyed a short reign as world number one earlier in 2017, can return to the top of the rankings if she wins the season-ending title against the top-eight players on the planet.