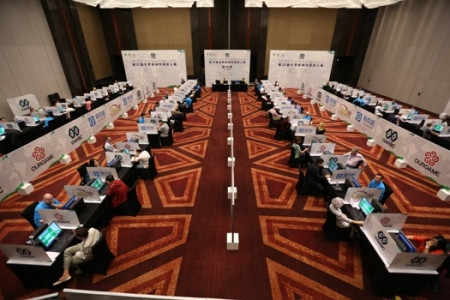 The European Court of Justice (ECJ) has ruled that card game bridge is not a sport, rejecting a case brought by the English Bridge Union (EBU).

In its ruling, the Luxembourg-based court said that a sport must involve "a not negligible physical element".

It meant that the EBU's bid for an exemption from value-added tax (VAT) on entry fees to its competitions was unsuccessful.

Recognised British sports are eligible for tax breaks, but this has now been denied to the EBU.

The judges said that bridge "involves logic, memory and planning, and may constitute an activity beneficial to the mental and physical health of regular participants".

But they said it is not an actual sport.

"The court concludes that an activity such as duplicate bridge, which is characterised by a physical element that appears to be negligible, is not covered by the concept of sport," a statement said.

In June, the court's advocate general, Maciej Szpunar, said that sport should be understood as an activity which involved "training of mental or physical fitness in a way that is generally beneficial to the health and wellbeing of citizens".

Bridge is a card game played by four players in two teams, and Szpunar seemed convinced by the argument that it provided good mental stimulation, particularly for older people.

Szpunar also noted that the International Olympic Committee (IOC) was among the organisations that "expressly include mental sports or endorse activities without a physical element".

The IOC classified bridge as a sport in 1998.

While the ECJ did not go along with Szpunar's argument, it did hold out some hope for the EBU, insofar as it ruled there was a case for VAT exemption on the grounds of the role of bridge in British culture.

"If the activity, in the light of the way in which it is practised, its history and the traditions to which it belongs, holds such a place in the social and cultural heritage of a country then it may be regarded as forming part of its culture," the court said.

The situation regarding tax exemptions for bridge varies within the European Union.

Austria, Belgium, Denmark and France class it as a sport for tax purposes, but Ireland and Sweden, as well as Britain, do not.

However, in 2015, the High Court ruled that bridge was not a sport for the purpose of National Lottery funding, which led to the case being taken to the ECJ.

The EBU said it had not yet considered the possibility of an exemption on cultural grounds.