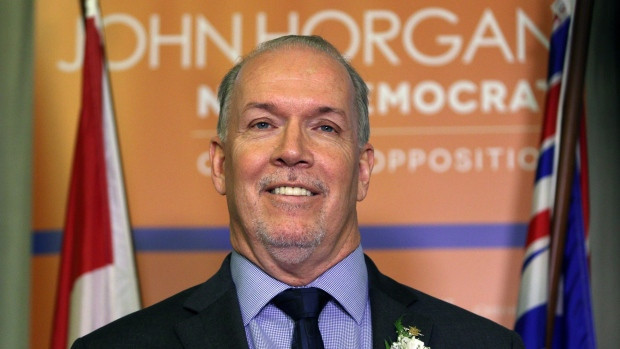 British Columbia Premier John Horgan and Finance Minister Carole James have been urged to change their mind and back a bid from Victoria for the 2022 Commonwealth Games by Bob Wheaton, Governor the last time the city hosted the event in 1994.

Wheaton, a former swimmer who represented Canada in the 1958 British Empire Games in Cardiff, has written an open letter to the two politicians, who have so far declined to support the campaign.

He has told them that the long-term benefits of staging the Commonwealth Games are worth the investment.

"As a competitor in the 1958 British Empire (now Commonwealth) Games, the 1959 Pan American Games, and the 1960 Olympic Games, and as a Governor of the 1994 Commonwealth Games here in Victoria, I can attest to the fact that the hosting of these events has an ever-lasting impact on the hosting community if they are responsibly run," Wheaton wrote.

"If one compares Victoria prior to 1994, and what has happened since, it is as though the city had suddenly blossomed into a world-renowned home for athletic participation and excellence.

"If one drives around Victoria today and observes just the number of bicyclists in competitive gear, training year-round, it gives one a sense of the numbers of people taking advantage of our city and its climate to train for a multitude of sports."

In August, James told the group of Victoria businessmen trying to put together a bid from the city that she would not support it because of fears that the financial burden could fall upon the taxpayer.

That seemed to signal the end of the city's ambitions but the Commonwealth Games Federation's decision to extend the deadline for city's to bid until November 30 after only Birmingham officially applied has given them renewed hope.

"The facilities and the financial legacy left to us from the 1994 Games continues to support the endeavours of thousands of athletes and citizens," Wheaton wrote in his letter to Horgan and James.

"We have a new swimming pool being planned for Victoria, at a proposed cost of some CAD$70 million (£43 million/$56 million/€47 million).

"Could hosting the 2022 Commonwealth Games perhaps help with the funding of this facility so that it could be utilised for the Games?

"Are there other partnerships that could be considered as well?

"The benefits to the community, the province, and the country are many when we host a successful Games.

"I would ask you to reconsider your position, and the proven track record of the people behind the proposed bid for the Games, and lend your support to it."