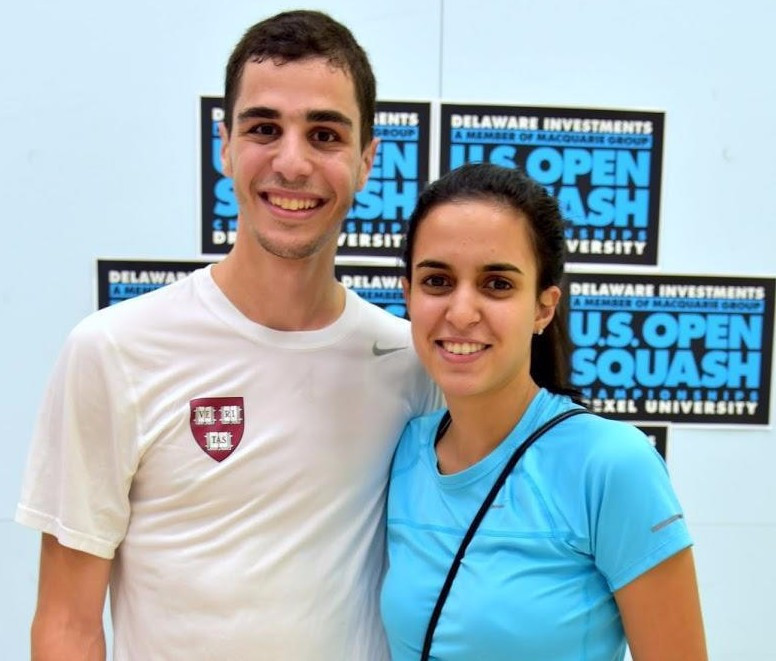 Their historic victory at last week's 2017 U.S. Open sees them sit comfortably ahead of the rest of the field with only the top eight players on the men’s and women’s circuits qualifying for a place at the lucrative PSA World Series Finals, due to take place in Dubai next year from June 5 until 9.

They were the first major World Series titles for the Egyptian couple, who got married last year.

Players battle for crucial qualification points at all eight World Series tournaments throughout the season.

World number five Farag and El Tayeb have taken the maximum 100 points on offer at the U.S. Open.

Farag lost out in the group stages of last season’s PSA World Series Finals, while El Tayeb is yet to appear at the showpiece tournament.

France's three-time World Series Finals champion Gregory Gaultier and Egypt's two-time winner Ramy Ashour are yet to pick up a point after missing out on the U.S. Open through injury.

Another Egyptian, world champion Karim Abdel Gawad, defeat in the first round means that he too fails to feature in the top eight.

The likes of two-time winner Nicol David and Camille Serme, who finished top on the the 2016-2017 World Series standings, surprise absentees from the top eight after early exits in the United States.

Doha is due to host the next World Series tournament - the Qatar Classic between October 29 and November 3 - when the battle for points for the World Series standings intensifies.