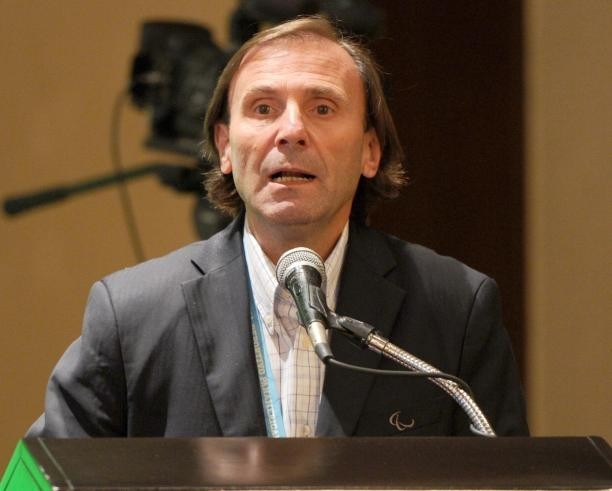 Campo suffered a heart attack while participating in a fundraising walk and run event to raise funds for organisations fighting children’s cancer.

The Argentine became the founding President of the APC in 1997 and served two terms until 2005.

He was then replaced by Brazil's Parsons, who served until 2009.

Colombia's Octavio Londono was in office until 2013, before Campo resumed duties by defeating him in an election, 14 votes to three, and was currently serving his fourth term following re-election in March.

"The Paralympic Movement has lost one of its most valuable members," said Parsons.

"Jose Luis Campo, President of the Americas Paralympic Committee, was an inspiration to anyone who knew him.

"His passion for the Paralympic Movement had no limits.

"I called him 'maestro' as he taught me so much over the years.

"His commitment with the Movement was beyond any comprehension.

"The Paralympic Movement has a lost a good friend and his legacy to the Paralympic sport will live strong forever."

During his first term as APC President, Campo oversaw the organisation of the inaugural Parapan American Games in Mexico City in 1999.

Four years later they were staged in his home city of Mar del Plata and he paved the way for the Games in 2007 to be held in Rio de Janeiro, the same city as the Pan American Games.

In order to give young athletes more opportunities in the region, he helped create the Youth Parapan American Games.

The first edition was held in 2005 in Barquisimeto in Venezuela, involving athletes from 10 countries.

He oversaw the latest edition this March in Sao Paulo with 800 athletes from 19 countries taking part.

He was also part of the Rio 2016 International Olympic Committee Coordination Commission.

"We are deeply saddened to learn of the passing of our friend and colleague Jose Louis Campo," added US Paralympics vice-president Julie Dussliere.

"We will sorely miss his leadership as the long-standing President of the APC and champion of the Paralympic Movement.

"Our thoughts are with his friends and family during this difficult time."