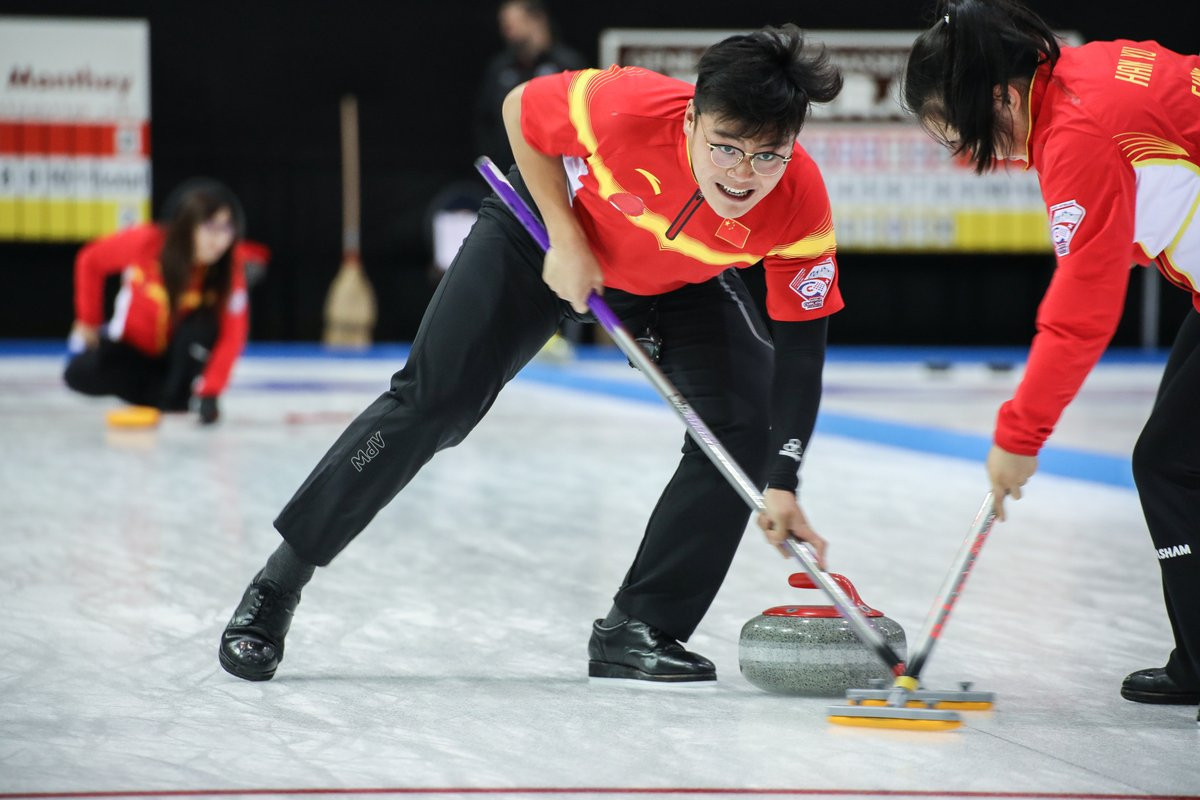 China and defending champions Russia were among teams to enjoy comfortable opening victories today as round-robin action continued at the World Mixed Curling Championships in Champéry.

China made a superb start in taking an 8-0 lead after four ends at the Palladium de Champéry before eventually sealing a 10-2 victory in the seventh end.

The Asian team has originally been due to compete in Group E but were shifted to Group B following the withdrawal of Italy - meaning 37 teams are now competing in the tournament.

Canada also began in impressive fashion after a 9-2 win over Turkey in a Group E game only lasting six ends.

“It was a little tough to start with but we pulled through," said Canadian skip Trevor Bonot.

"The ice was a little tricky so we just had to get to grips with that.

"Canada have had some solid runs the last couple of years, but the play-offs make things a little more tricky, the way they are in this competition, we’ve got to just focus on the next game."

The North American powerhouse are still chasing a first medal in the event after failing to feature on the podium in the first two editions.

Defending champions Russia also began well today with a 6-3 win over Croatia in Group A.

They had to work hard, though, trading points for much of the encounter before two points in the eighth end proved decisive.

In Group C, Denmark thrashed Kazakhstan 9-1 while Scotland were forced to battle far harder for a 9-7 win over Spain.

Poland defeated The Netherlands 8-3 elsewhere in the group.

Each team consists of two male and two female players.

Round-robin competition is due to take place until next Tuesday (October 12) before knock-out action begin.