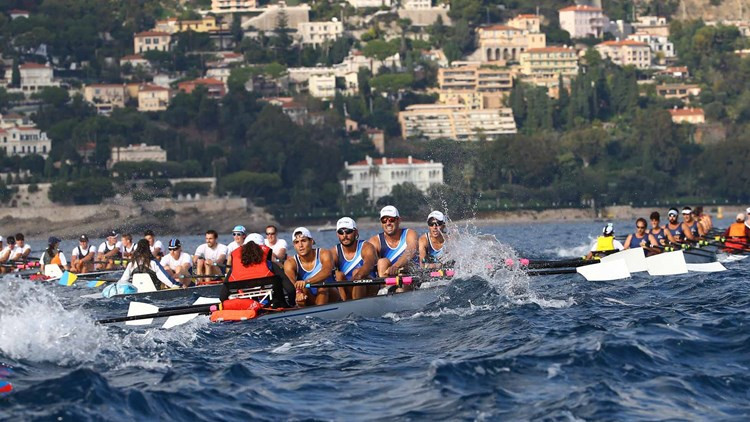 More than 600 rowers from 30 countries will take part in six boat classes at the World Rowing Coastal Championships on Lake Geneva and in the nearby French town of Thonon.

The men's double sculls has the most entries, with 68 crews, followed by the men's solo with 66.

Due to their numbers, both of these boat classes compete today in qualification races, while all boats will contest heats when the Championships officially begin tomorrow.

Finals will then be held on Saturday (October 14).

In the men's double, last year's bronze medallist from Monaco, Quentin Antognelli, will be racing with a new partner and will face strong competition from Spain and Italy who have a number of crews entered.

In the women's double, reigning champion Beatrice Millo of Italy is back with a new partner, Bianca Pelloni.

Millo will be up against Diane Delalleau and Nathalie Collet of France who won silver together last year.

Bronze medallist from 2016, Khadija Krimi of Tunisia, has also returned but with a new partner.

All three medallists from 2016 have returned for the men's solo.

Spain's Adrian Miramon Quiroga will try to defend his gold medal, with Eduardo Linares of Peru and Dennis Gustavsson of Sweden both hoping to be back on the winner's podium.

Two of the women's solo medallists will be racing in Thonon.

Gold medallist Monica Dukarska of Ireland will be out to defend her title but France's Edwig Alfred, who took bronze last year, is racing again.

In the women's coxed quadruple sculls, France took gold in 2016.

They have entered eight crews and their strong coastal rowing tradition is likely to put them in good stead to be on the medals podium on home water.

Russia and Spain took the lesser medals last year with the Czech Republic back to defend their title in the men's coxed quadruple sculls.

They return with rowers that may be more used to flat water rowing, but are still undaunted when it comes to waves.

The Italians took silver and bronze last year and with seven crews entered at Thonon are also likely to be in the frame for medals.

Coastal rowing is dubbed the "extreme" version of the sport and sees competitors race on choppy water.