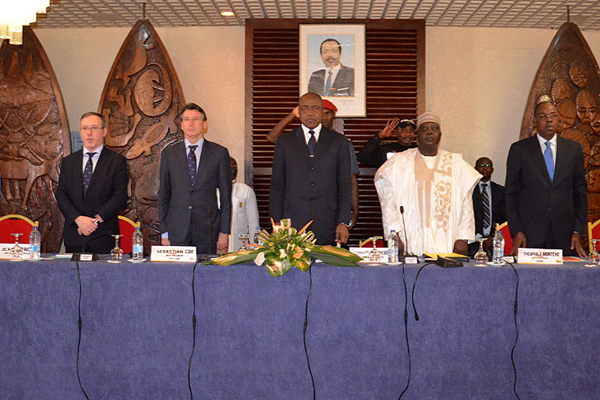 Budapest has emerged as the clear favourite to host the 2023 International Association of Athletics Federations (IAAF) World Championships after it was revealed that a country from Africa will wait until 2025 to bid for the sport's flagship event.

The Hungarian capital had already opened discussions with the IAAF about staging the Championships but there was growing support for Nairobi after the Kenyan capital staged a highly successful IAAF World Under-18 Championships earlier this year.

Several other African countries had also claimed they would be interested in staging the event.

But Hamad Malboum Kalkaba, President of the Confederation of African Athletics (CAA), has now announced he believes 2023 is too early for his continent.

Kalkaba claimed in a statement, released following a meeting with IAAF President Sebastian Coe in Rabat, he believed that Algeria, Egypt, Kenya, Morocco, Nigeria and South Africa all had the potential to stage the IAAF World Championships in 2025.

"One of these six countries has the economic potential to host the World Championships," the Cameroonian, also a vice-president of the IAAF, said.

Kampala, Nairobi and Rabat hosted top events this year. Talk of a possible IAAF world champs bid for 2025 from one of 6 African countries 👍 pic.twitter.com/Zza6zLy9dO

Kalkaba claimed that Coe, who was attending the CAA Congress, would support a candidate from Africa to host the 2025 IAAF World Championships.

An African country has never hosted the IAAF World Championships whereas, of the 16 editions to be held since it was launched in 1983, 11 have been in Europe.

But Doha in 2019 and Eugene in 2021 will be the first time consecutive editions of the IAAF World Championships have been held outside Europe.

This year's event in London was the most successful in the history of the Championships.

More than 700,000 tickets were sold for the Championships – far exceeding the previous attendance record of 417,156 sold for the 2009 event in Berlin.

European Athletics President Svein Arne Hansen has been lobbying hard for the Championships to return to Europe in 2023.