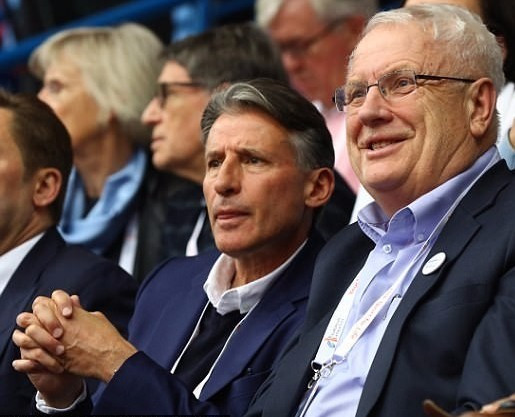 Europe should be chosen ahead of Africa for the 2023 International Association of Athletics Federations (IAAF) World Championships, it was claimed today.

European Athletics President Svein Arne Hansen believes that with the IAAF World Championships due to take place in Doha in 2019 and Eugene in the United States in 2021 then it should be his continent's turn again in 2023.

Budapest has already opened discussions with the IAAF about staging the Championships but there is growing support for Nairobi after the Kenyan capital staged a highly successful IAAF World Under-18 Championships earlier this year.

Several other African countries are also believed to be interested in staging the Championships.

An African country has never hosted the IAAF World Championships whereas, of the 16 editions to be held since it was launched in 1983, 11 have been in Europe.

But Doha in 2019 and Eugene in 2021 will be the first time consecutive editions of the IAAF World Championships have been held outside Europe.

Hansen believes that the huge crowds that attended this year's IAAF World Championships in London demonstrated that Europe remains the bedrock of the sport.

More than 700,000 tickets were sold for the Championships – far exceeding the previous attendance record of 417,156 sold for the 2009 event in Berlin.

"I am convinced that we have to be in Europe in 2023 for the IAAF World Championships," Hansen said following a meeting of the European Athletics Council.

"As shown by the spectacular success of the recent World Championships in London, Europe is the centre of the athletics world and our athletes and fans deserve the stage the we can provide in any number of cities in 2023."

Hansen, a member of the IAAF Council, added: "The IAAF must follow these two editions by ensuring 2023 is awarded to a city in Europe, especially taking into account it has now switched to a more targeted approach to event allocation instead of official bidding.

"Everyone in our European Athletics family understands how important it is for our global showpiece event to be hosted on our continent at regular intervals.

"This not only provides the ideal stage for excellent performances from the world's top athletes but also has a positive impact on television audiences and commercial income.

"We need to keep developing the sport here in Europe and everyone agrees the World Championships is the best tool for doing so."