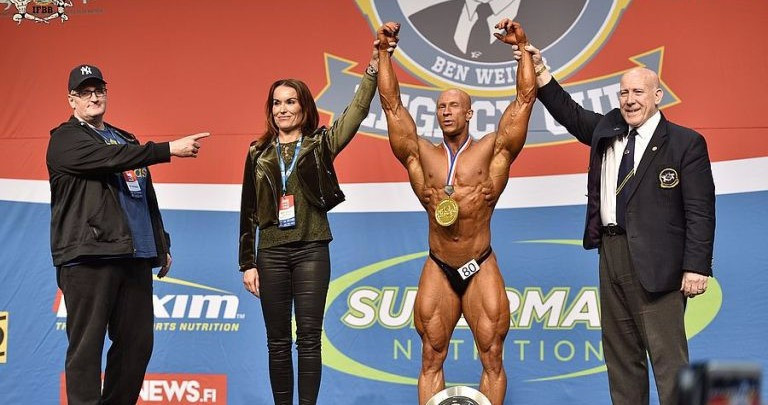 Finland's Anna-Sofia Pekkarinen was among leading home athletes to impress at the International Federation of Bodybuilding and Fitness (IFBB) Ben Weider Legacy Cup in Lahti.

Pekkarinen performed well in the up to 163kg bodyfitness category to win by three points over Turkish opponent Ipek Altun at the Expo Centre in the Finnish city.

She scored nine points in comparison with 12 for Altun and 13 for third placed Irina Vasilkova of Russia.

Another Finn in Antti Halmo finished third on 15 points.

Anna Nawrot of Poland was among other winners, triumphing in the women's up to 168cm bodyfitness category.

She produced a series of consistent performances to finish on a total score of just eight.

Silvia Guillen Martin of Spain finished two points behind in second place while Hanna Saario of Finland finished a distant third on 19.

They are organised on an annual basis at regional or continental level and are included in the IFBB Elite World Ranking qualifiers.

One more Ben Weider Legacy Cup is due to be held this year.

It will take place in Toronto between October 20 and 23.