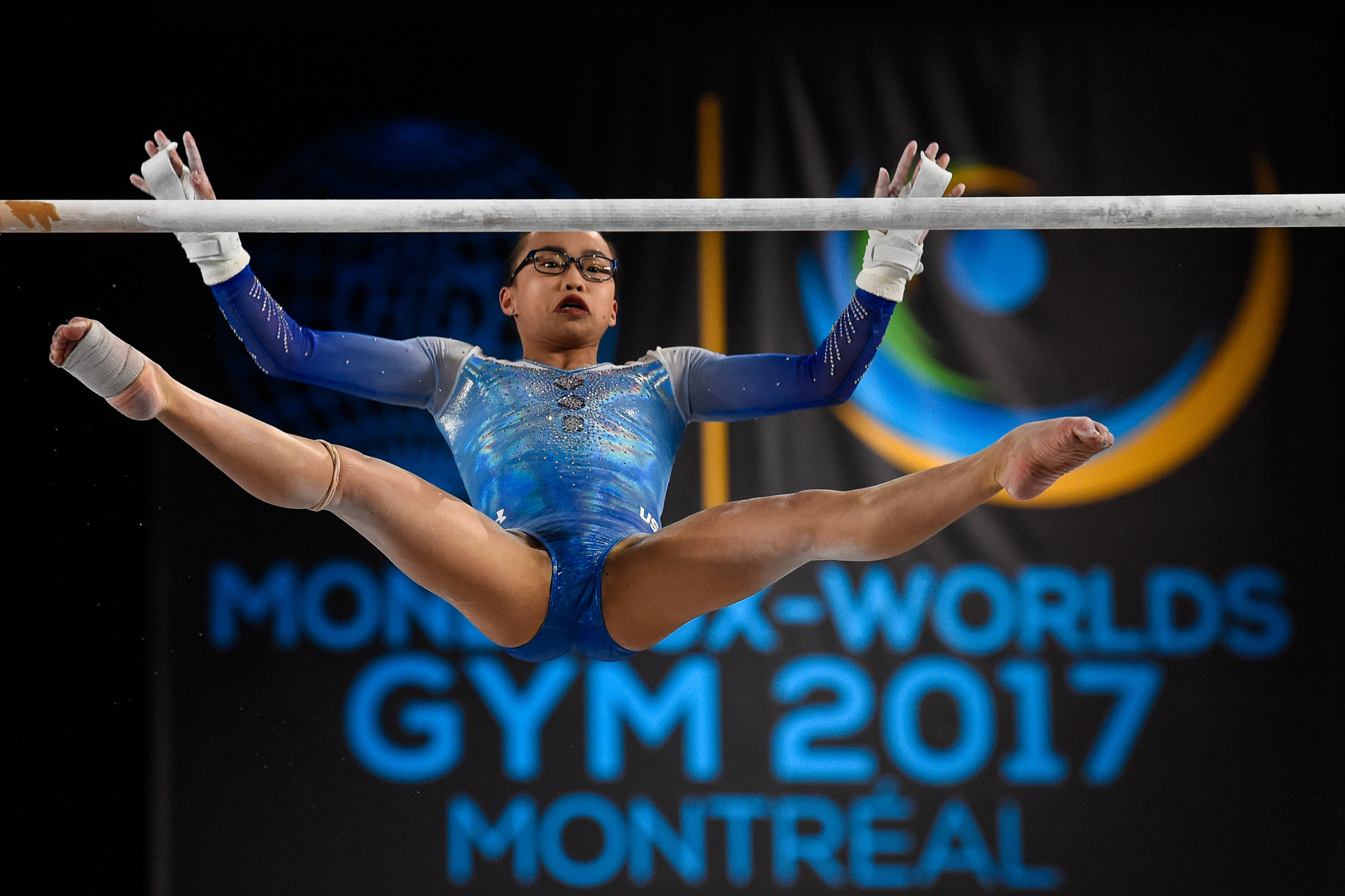 The 16-year-old ensured her country maintained their dominance of the event - they have won every major women's all-around competition save for one since 2007 - with a score of 55.232 points at the Montreal Olympic Stadium.

Russia's Elena Eremina did enough for bronze by scoring 54.799 across the four apparatus.

Despite the absence of reigning Olympic and world champion Simone Biles, who is not competing in Montreal as she is on sabbatical, the US were still strong favourites to clinch the crown.

Their challenge was expected to be led by national champion Ragan Smith but her pursuit of the world title ended in the warm-up as she suffered an injury when landing a practice vault.

Hurd, who was born in China, was the American gymnast who produced when it mattered as she managed a composed display on her way to a surprise triumph and the best victory of her young career.

She was consistent if not spectacular but eventually proved too strong for Black and the rest of the field.

Hurd and Black were level at the halfway stage before the American surged clear late on.

She sealed the gold medal with her final routine on the floor, which yielded a score of 13.733.

Black also made history as the first Canadian male or female to win an all-around medal of any colour, although she would have been disappointed with the silver having led going into the final rotation.